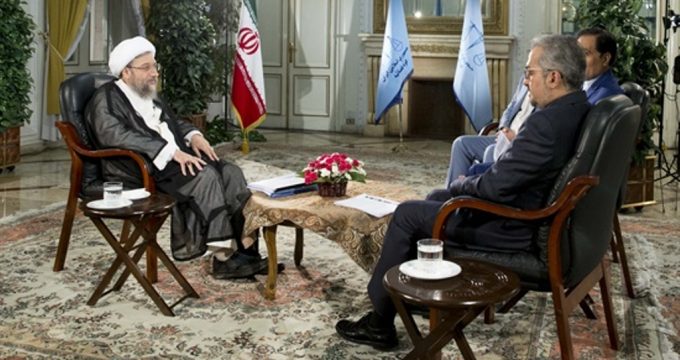 IRNA – Iran’s Judiciary chief Ayatollah Sadeq Amoli Larijani referred to human rights issue as one of the most important challenges, saying that Iran’s enemies especially US use it as a tool to put pressure on other countries.

Larijani made the remarks Saturday night in a live TV interview on the occasion of Iran national Judiciary Week.

He expressed regret over the fact that certain people inside and outside the country follow fake news, saying the international human rights bodies receive news from the anti- Iran terrorist Mujahedin-e Khalq Organization (MKO).

So human rights indices will not be expected to be monitored in the country, he added.

Referring to the pressures imposed on Judiciary system on execution cases, Larijani said UN and US accusations against Iran on violating human rights are intolerable.

US is committing the biggest crimes inside and outside the region, he reiterated.

Elsewhere in his remarks, Larijani pointed to crises in Yemen, Palestine, Iraq and Afghanistan as manifestations of human rights violations , and expressed surprise over US accusing Iran of breaching human rights.