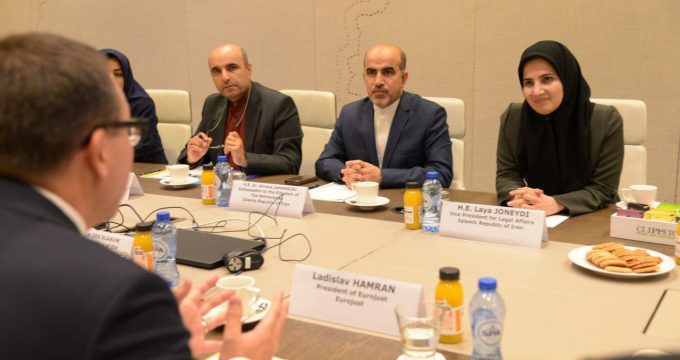 Iran’s VP meets with Eurojust president in The Hague

During the meeting, the Iranian official presented the Euriojust president with a report on Iran’s latest achievements in the fight against organized crime, and voiced readiness on behalf of Iranian legal organizations to expand cooperation with Eurojust on combating organized crime and other international legal issues.

For their parts, the Eurojust President Hamran and other officials from various sections of the European agency discussed with the Iranian side some of Eurojust’s future plans that could allow the possibility of joint cooperation with Iranian experts and specialists.

The two sides also proposed to draw up and sign some cooperation agreements, organize meetings and training programs, as well as to exchange delegations for legal and judicial visits.

Eurojust, established in 2002 in The Hague, is an agency of the European Union dealing with judicial cooperation in criminal matters, including serious cross-border and organized crime, among agencies of the member states.