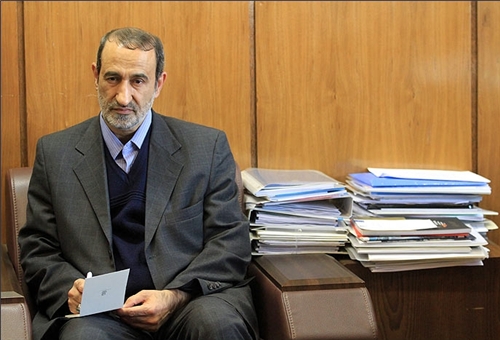 Tasnim– Iran’s former OPEC governor Mohammad Ali Khatibi said the Islamic Republic’s demands have been satisfied in the recent meeting of the Organization of the Petroleum Exporting Countries (OPEC).

Speaking to the Islamic Republic of Iran Broadcasting (IRIB), Khatibi, who is also an expert in the oil industry, said Iran insisted that no change should be made in the production ceiling and quota for OPEC members.

Fortunately, in the recent OPEC meeting in Vienna, Iran’s demands about the quotas and production ceilings in OPEC were satisfied, he added.

According to OPEC’s recent decision, those countries that have produced less oil compared to others can increase production, the former envoy said.

OPEC agreed on Friday to raise oil production by around 1 million barrels per day (bpd) from July for the group and its allies.

The output gain is nominal. The real increase will be smaller because several countries that recently underproduced oil will struggle to return to full quotas while other producers will not be allowed to fill the gap, OPEC sources have said.

Iranian Oil Minister Bijan Zangeneh said the deal added up to “less than 700,000 barrels per day” in practice.

OPEC is not expected to actually release a hard target, but the figures align with comments from ministers that the group will strive to stop overshooting its 18-month-old deal to keep 1.8 million bpd off the market. Output among the 24 nations has actually fallen by about 2.8 million bpd, due largely to cratering production in Venezuela and supply disruptions elsewhere.

The accord is a much-needed show of unity from the Organization of Petroleum Exporting Countries and allies including Russia.

Iran’s Zangeneh said the group reached a consensus to stick to the body’s output reduction agreement it struck back in 2016 to cap production by 1.2 million bpd after the 174th OPEC meeting.

“As I said on the minute of my arrival in Vienna, we needed to fully comply with the output reduction agreement of the organization and nothing more,” Zangeneh said.

“We agreed on this issue and nothing more. I think that the OPEC decision is acceptable and reasonable. It is also legal, because we have a valid resolution by the end of September,” the minister told reporters.

“I think only a few OPEC members are able to enhance their output. Some countries may be unable to fully deliver the agreed levels but we have agreed on full compliance of the pact. As I had predicted, some member countries did not want to say anything against US interests or discuss de-politicization of the market. I already knew this.”