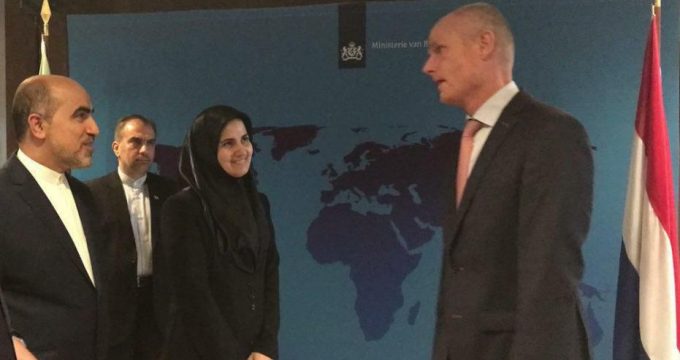 IRNA – Iran’s Vice-President for Legal Affairs Laya Joneidi said on Saturday that Iran is awaiting practical measures by the European Union to ensure its interests under the nuclear deal.

Joneidi, who has travelled to the Netherlands as a special representative of President Hassan Rouhani, made the remarks speaking during a meeting with Dutch Foreign Minister Stef Blok.

Referring to Iran’s negotiations with the six world powers which led to signing of Iran nuclear deal in 2015, the official said that Iran proved in the course of talks that its nuclear program is for peaceful purposes.

The US exit from Iran deal has reduced international trust in the US, Joneidi said, adding that it’s not possible for Iran to continue to implement its commitments under the deal while the sanctions are still in place.

She said that the parties to the deal should not raise new issues as preconditions for the implementation of the accord.

The Dutch foreign minister, for his part, said that while the International Atomic Energy Agency has confirmed Iran’s adherence to the deal, all the other parties need to remain committed to the accord.

He said that Netherlands along with other European countries are working hard to find a way for keeping Iran deal alive.