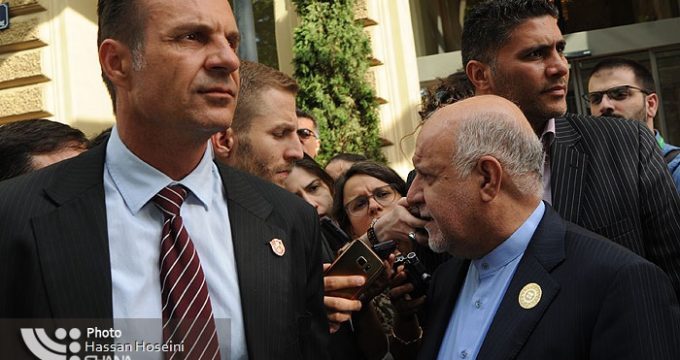 A private discussion with Saudi Arabia’s energy minister ahead of the meeting had been successful, Zangeneh said on Friday speaking to reporters in a conference room.

He added Tehran would be content with crude prices at around $70 a barrel, according to CNBC.

When asked whether OPEC and its allies could reach a deal on Friday, Zangeneh replied, “We are cooking something.”

The Organization of the Petroleum Exporting Countries will meet on June 22 to decide output policy amid calls from top consumers to cool down oil prices and support the world economy by producing more crude.

The rare meeting between the Iranian and Saudi ministers came as Iran’s assent is vital for OPEC to reach an agreement on raising oil output.