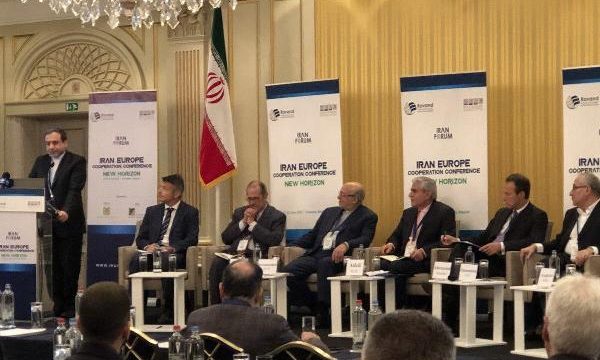 Iran deputy FM: Sanctions, JCPOA not to go together

Araqchi made the remarks addressing Iran-Europe Cooperation Conference which is underway in Brussels.

Europe has to try to win the trust of the Iranian people because most of Iranians do not believe in them, Araqchi said.

‘The Iranians say the US exit from the JCPOA was merely the game of bad police and good police, and the Europe played the role of good police in the game,’ the official added.

The 2nd Iran-Europe Cooperation Conference is focused on economic and technological growth, the development of the startup society, and internationalizing the science-based companies.

The first edition of the Conference was held in Vienna three years ago.