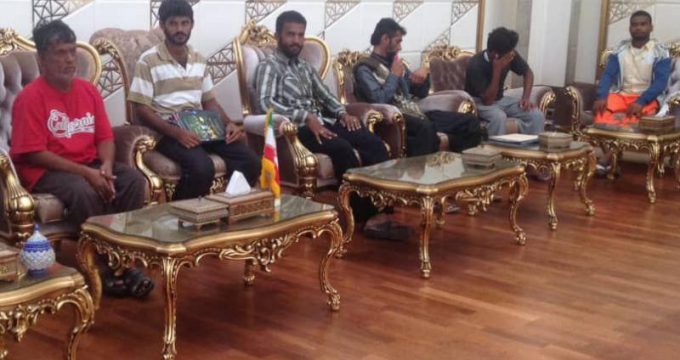 IRNA – A number of imprisoned sailors who had been arrested in late 2017 on charges of trespassing into Iran’s waters were released and returned to Iran on Thursday.

Following the efforts by the Iranian foreign ministry and the country’s embassy in Kenya, 17 sailors who had illegally entered Somalia’s territorial waters in October 2017 and were sentenced to two years jail by a local court and also fine were freed and handed over the the Iranian embassy in Nairobi.

The freed sailors were later returned to Iran by airplane and were welcomed by Iranian Deputy Foreign Minister Hossein Panahi Azar at Imam Khomeini International Airport.