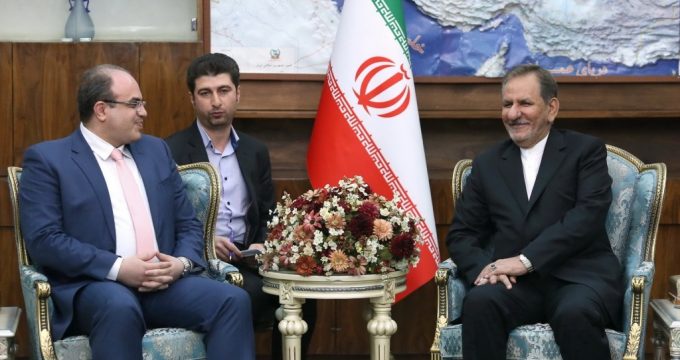 IRNA – Iran’s First Vice-President Eshaq Jahangiri said on Tuesday that his country will stand by the Syrian nation as it helped the country during the war against terrorist groups.

Jahangiri made the remarks in a meeting with Syrian Minister of Economy and Foreign Trade Mohammad Samer al-Khalil.

Congratulating the victories of the Syrian Army against terrorist groups, Jahangiri said that these victories do not only belong to the regional nations, rather they are also useful for the European countries which are suffering from terrorism these days.

‘They (the European people) have to be thankful of the fights of the Syrian people against the terrorists,’ Jahangiri said.

He said that measures by US President Donald Trump to relocate the country’s embassy from Tel Aviv to the Holy Quds, and exit from Iran nuclear deal and some other international agreements will have negative repercussions for the United States.