A Look at Iranian Newspaper Front Pages on June 10

Iran Front Page- IFP has taken a look at the front pages of Iranian newspapers on Sunday, June 10, and picked headlines from 21 of them. IFP has simply translated the headlines and does not vouch for their accuracy.

Several papers today covered the ongoing visit to President Hassan Rouhani to China, where he held several meetings with his Russia, Pakistani, Afghan, Belarusian, and Mongolian counterparts, and addressed a meeting of Shanghai Cooperation Organisation (SCO).

Also a top story was the isolation of US President Donald Trump in a recent meeting of the G-7 group of industrial countries.

The Iranian Parliament’s Sunday meeting to vote for or against the country’s controversial accession to the Financial Action Task Force (FATF) also received great coverage. 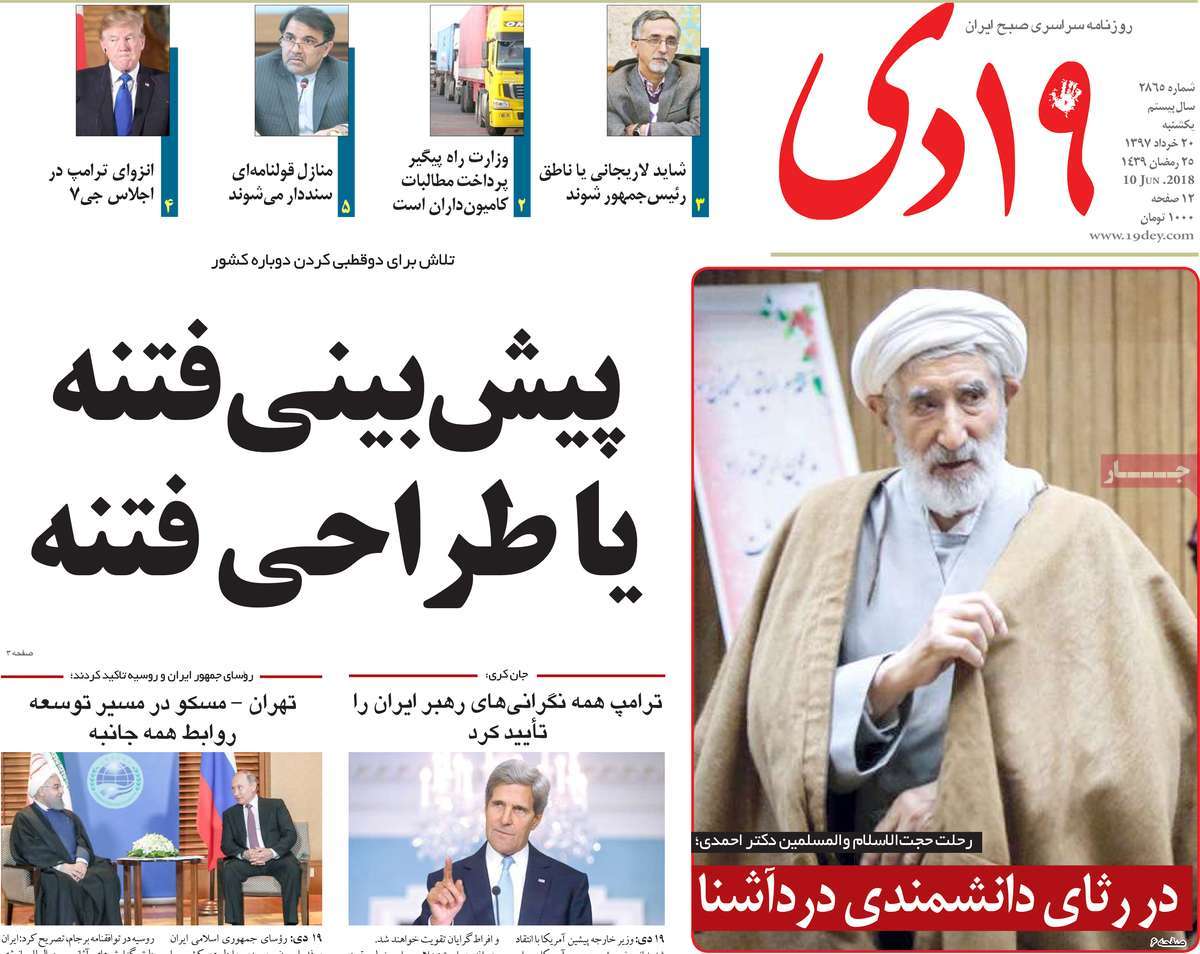 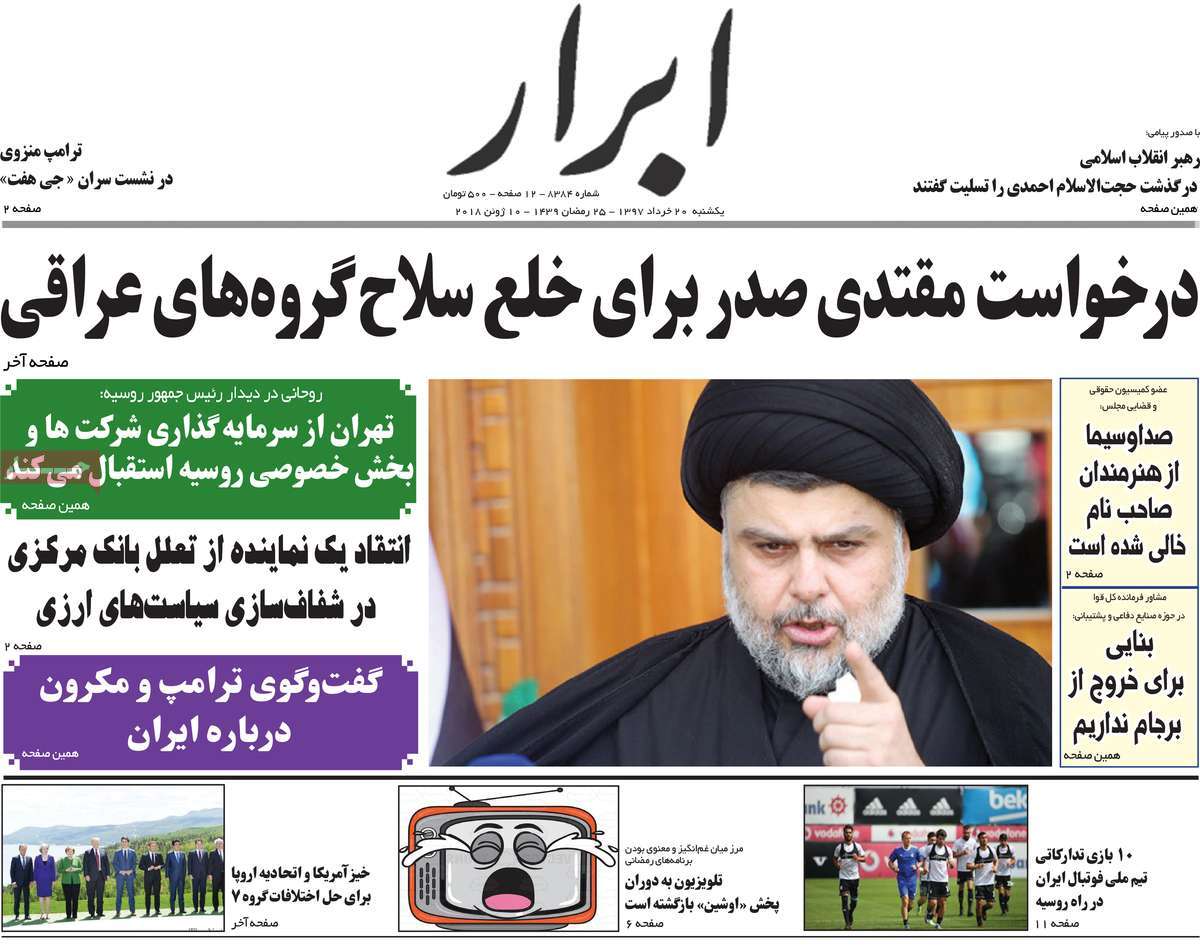 1- Former DM Dehqan: We’re Not Going to Pull Out of JCPOA 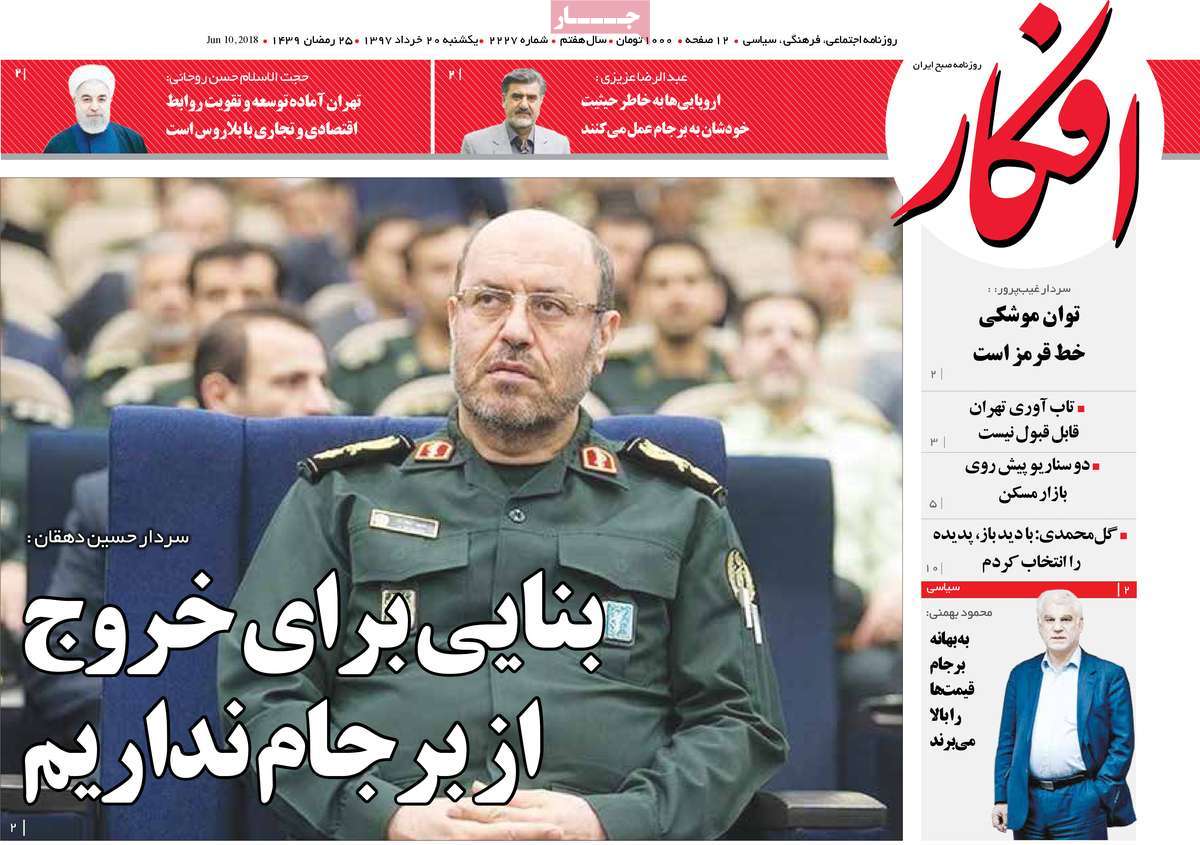 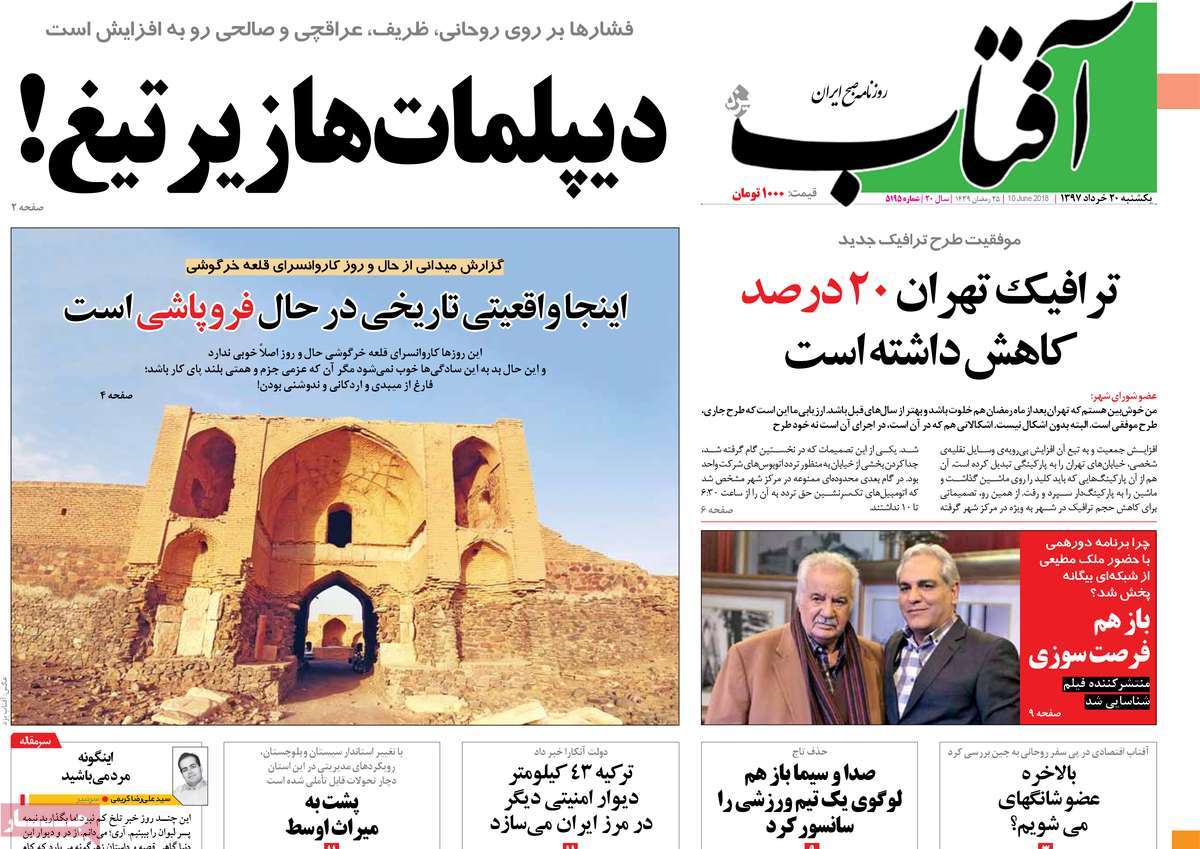 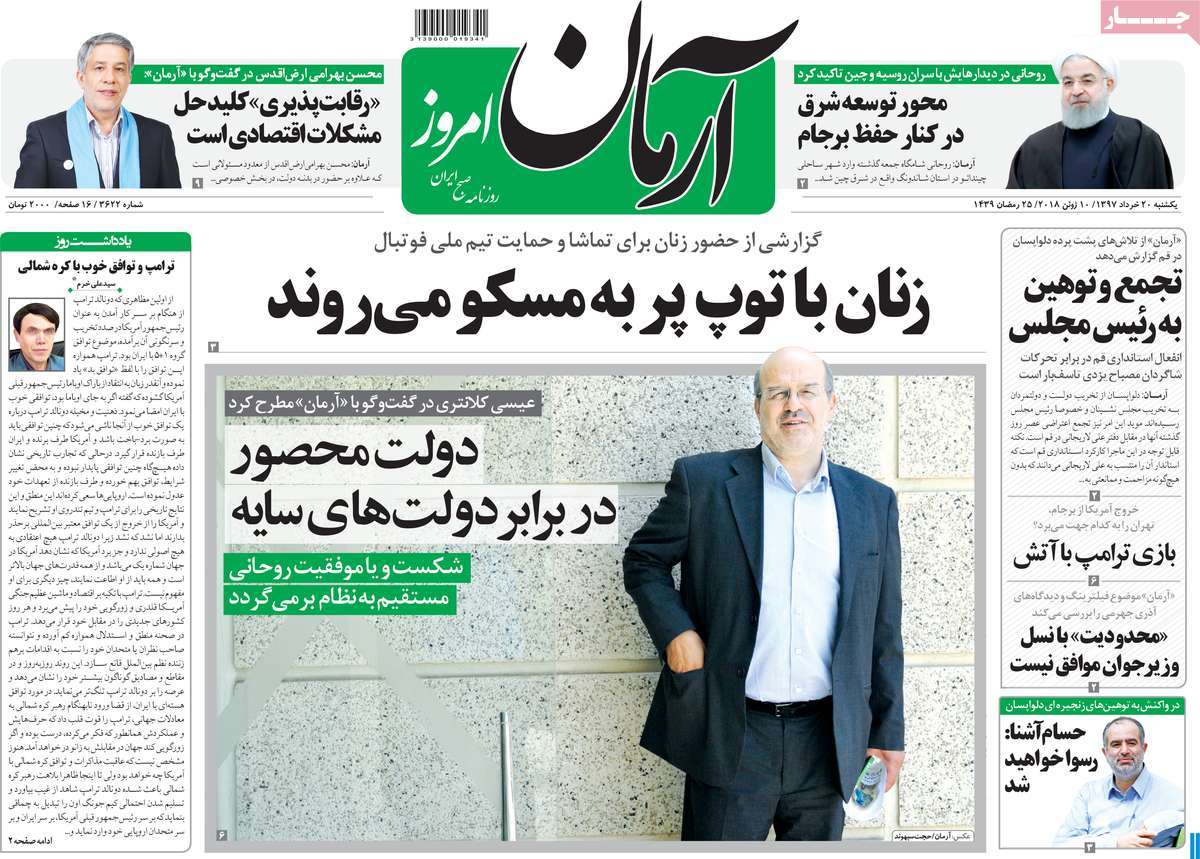 1- Rouhani: Moscow Will Play Important Role in Preserving JCPOA after US Exit 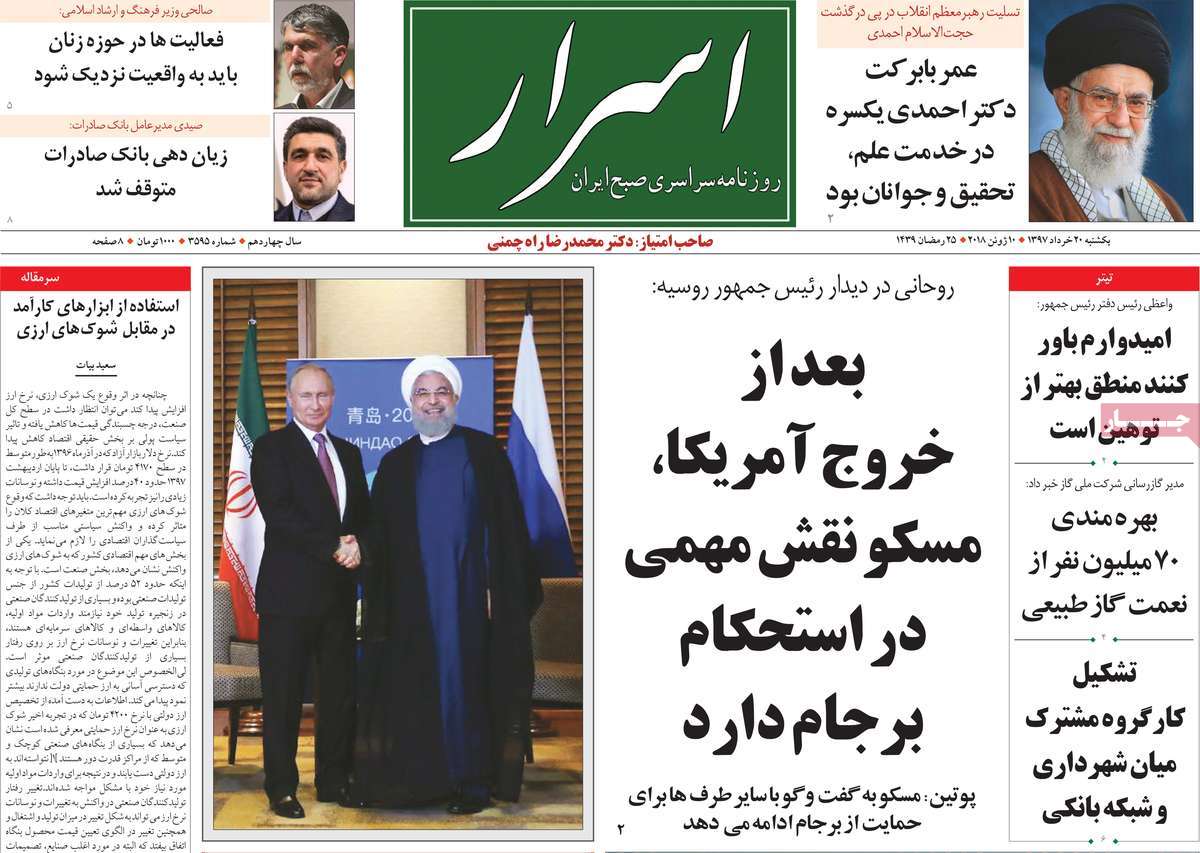 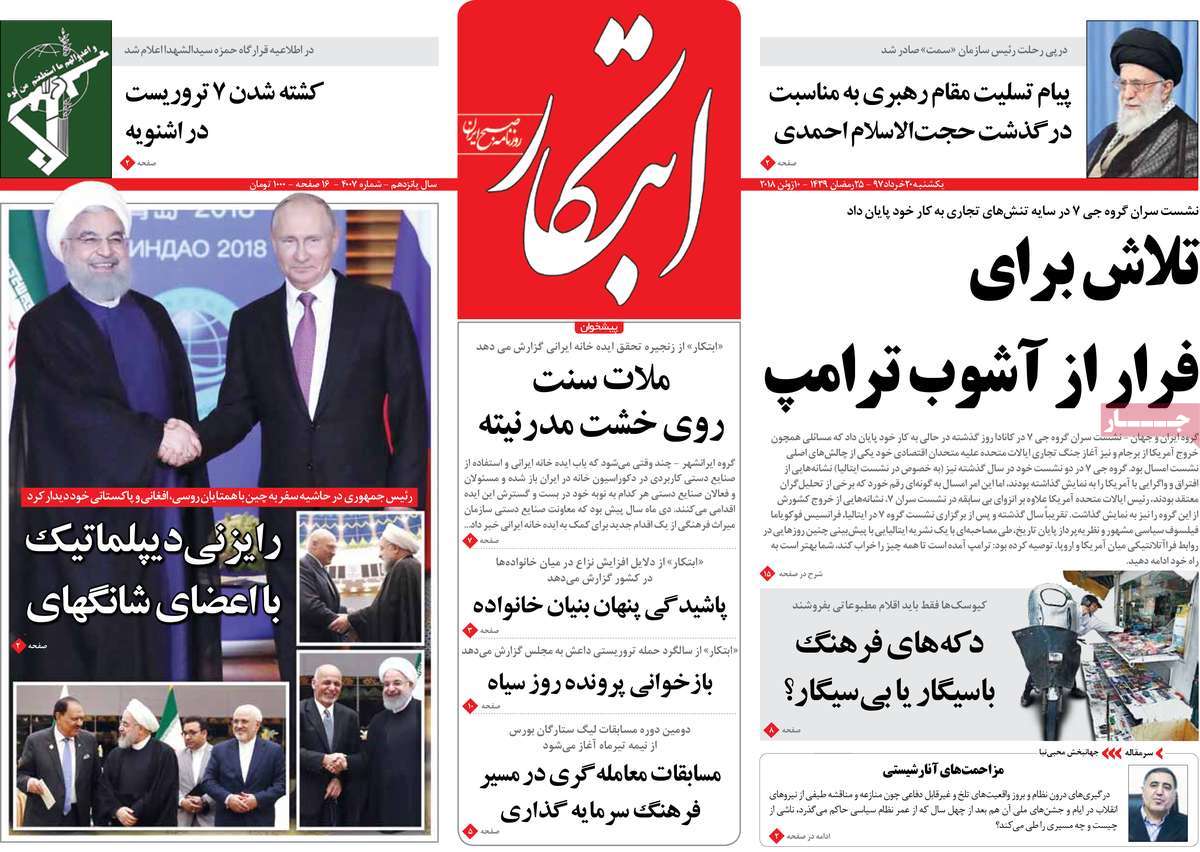 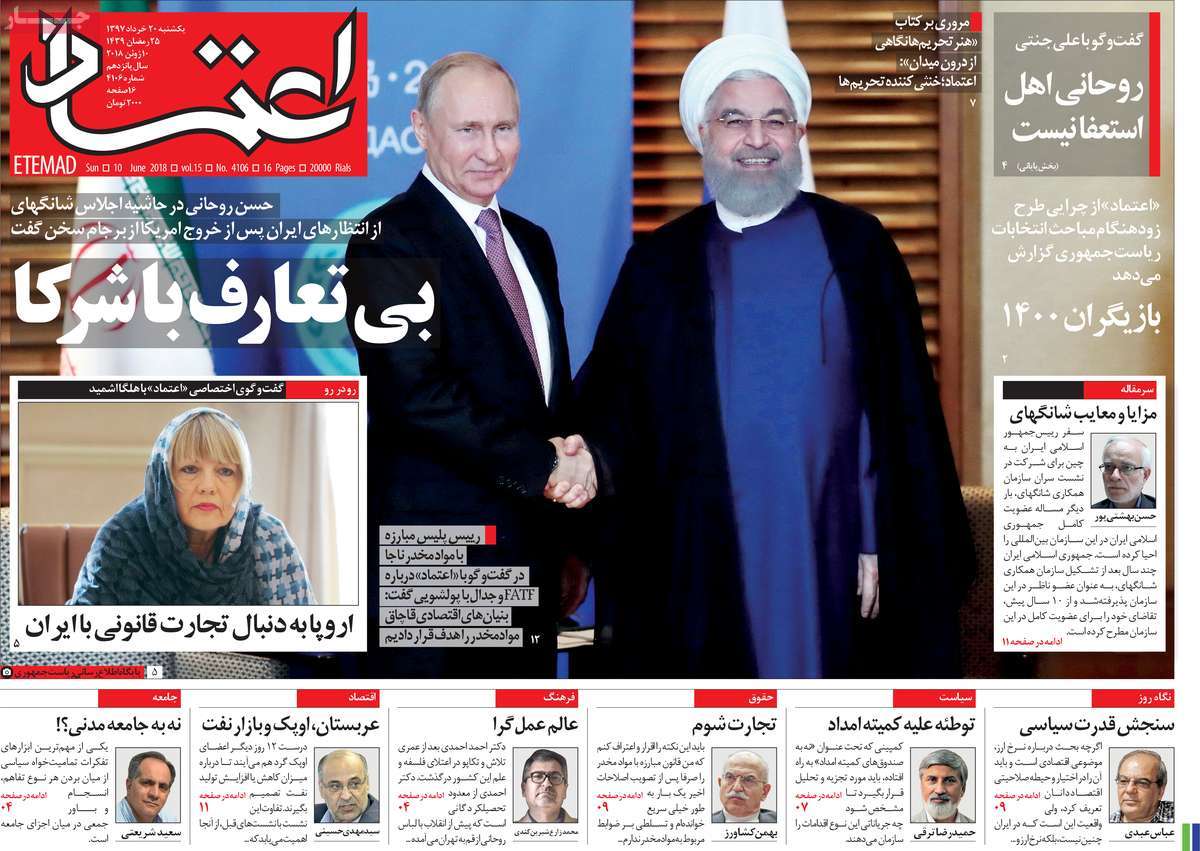 1- Russia: Remnants of ISIS in Syria Supported by US 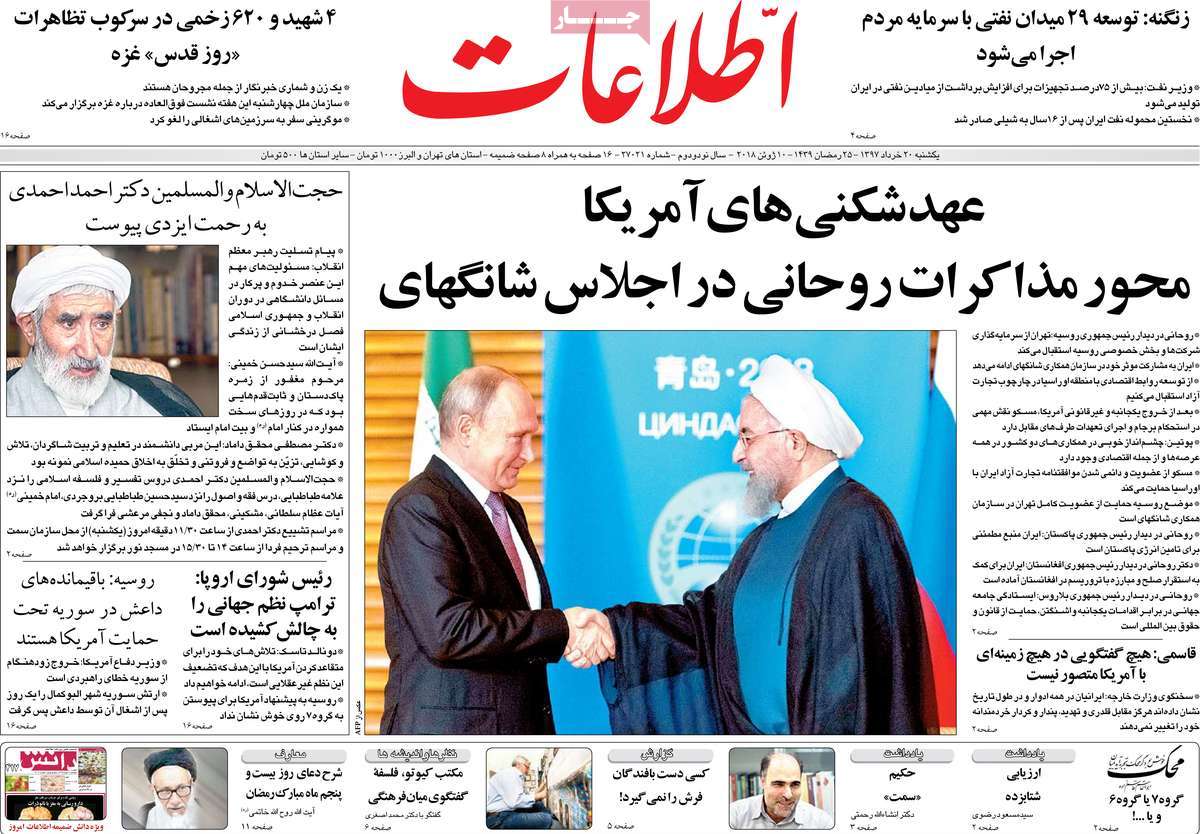 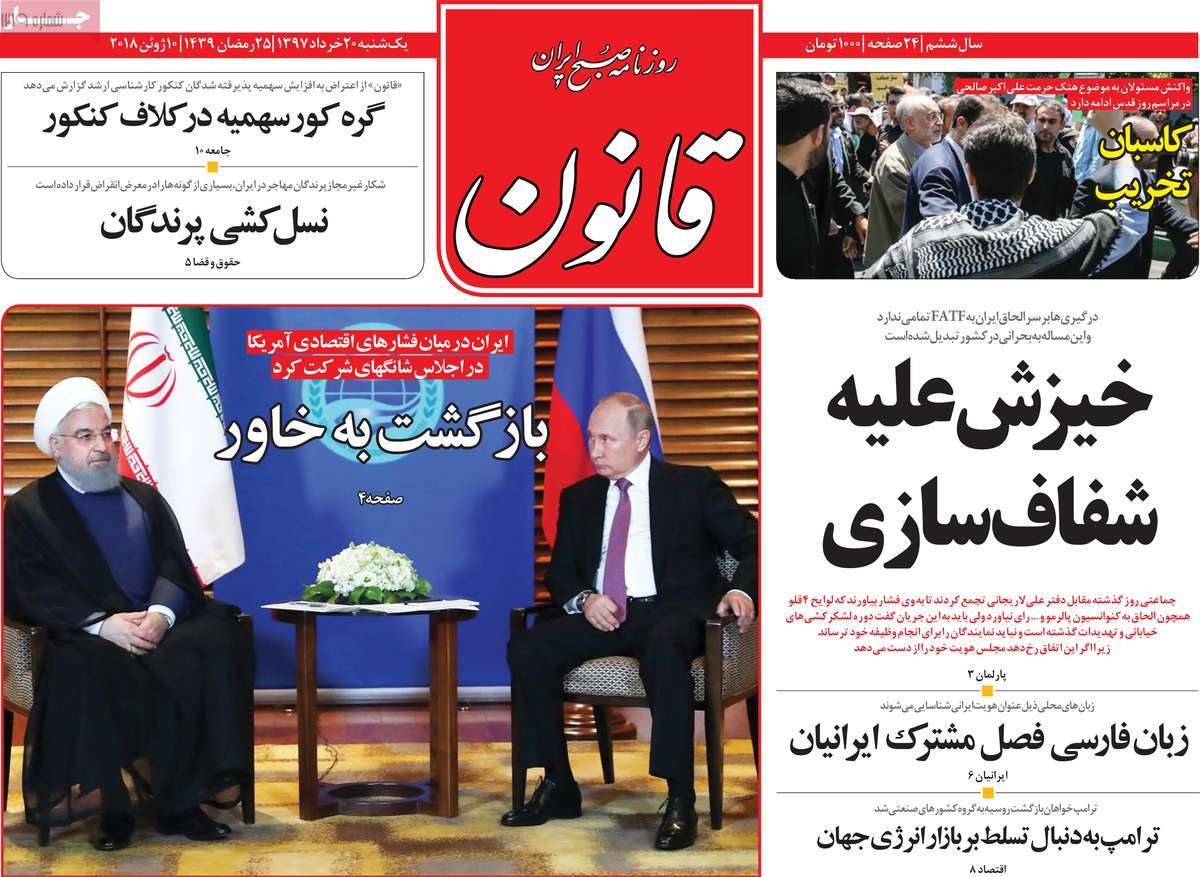 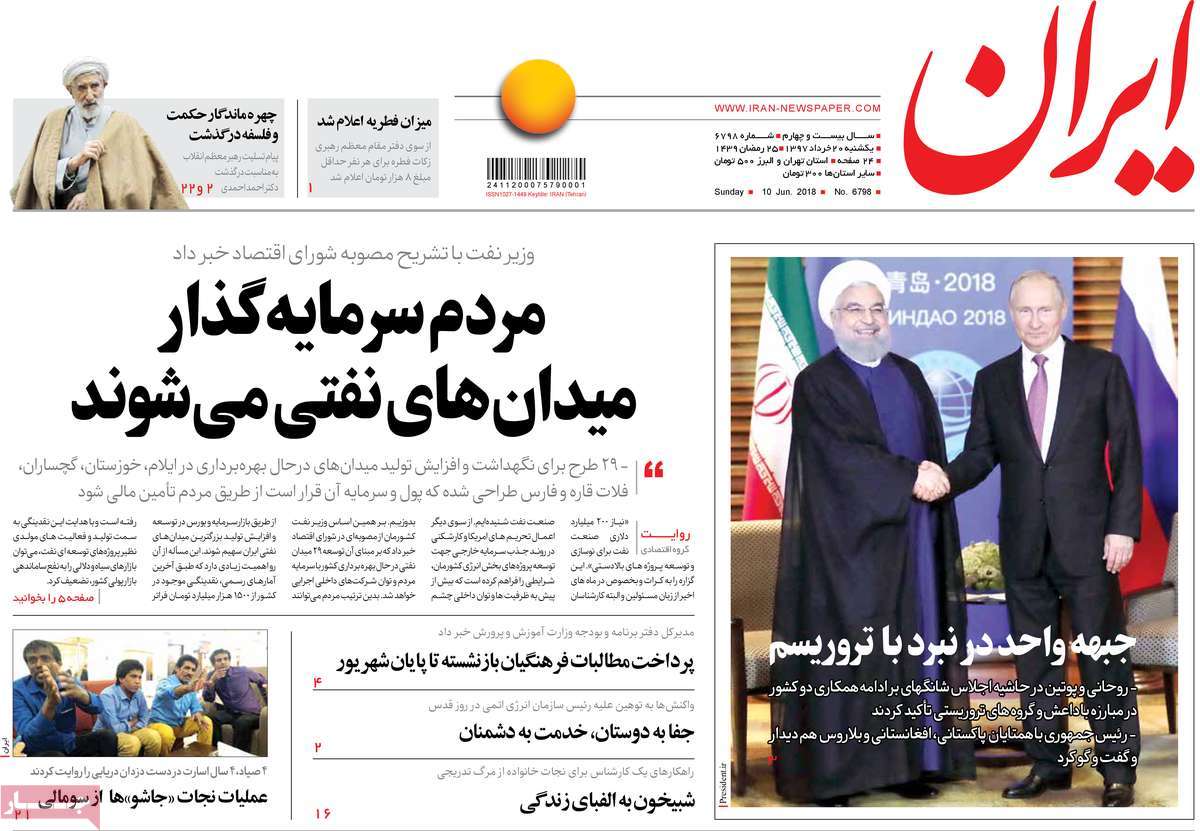 1- Merkel: We Must Do Anything to Preserve JCPOA 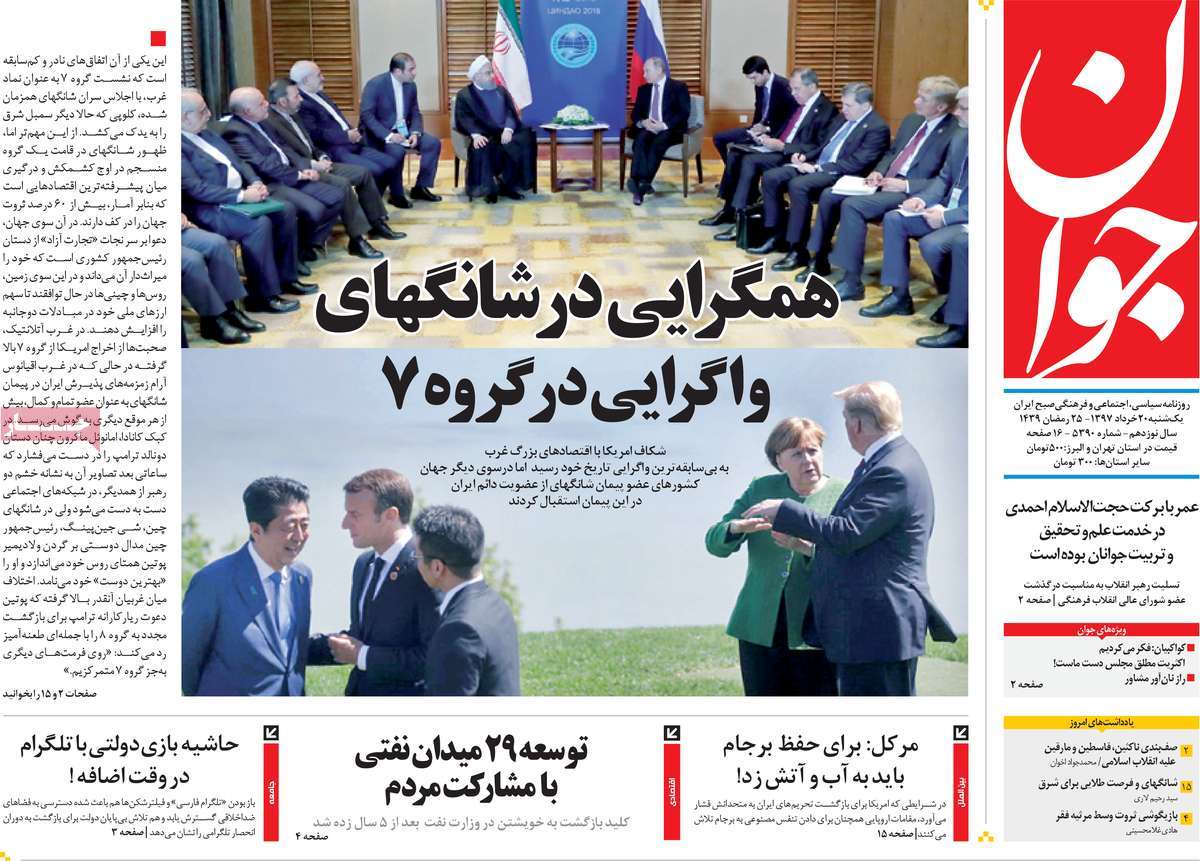 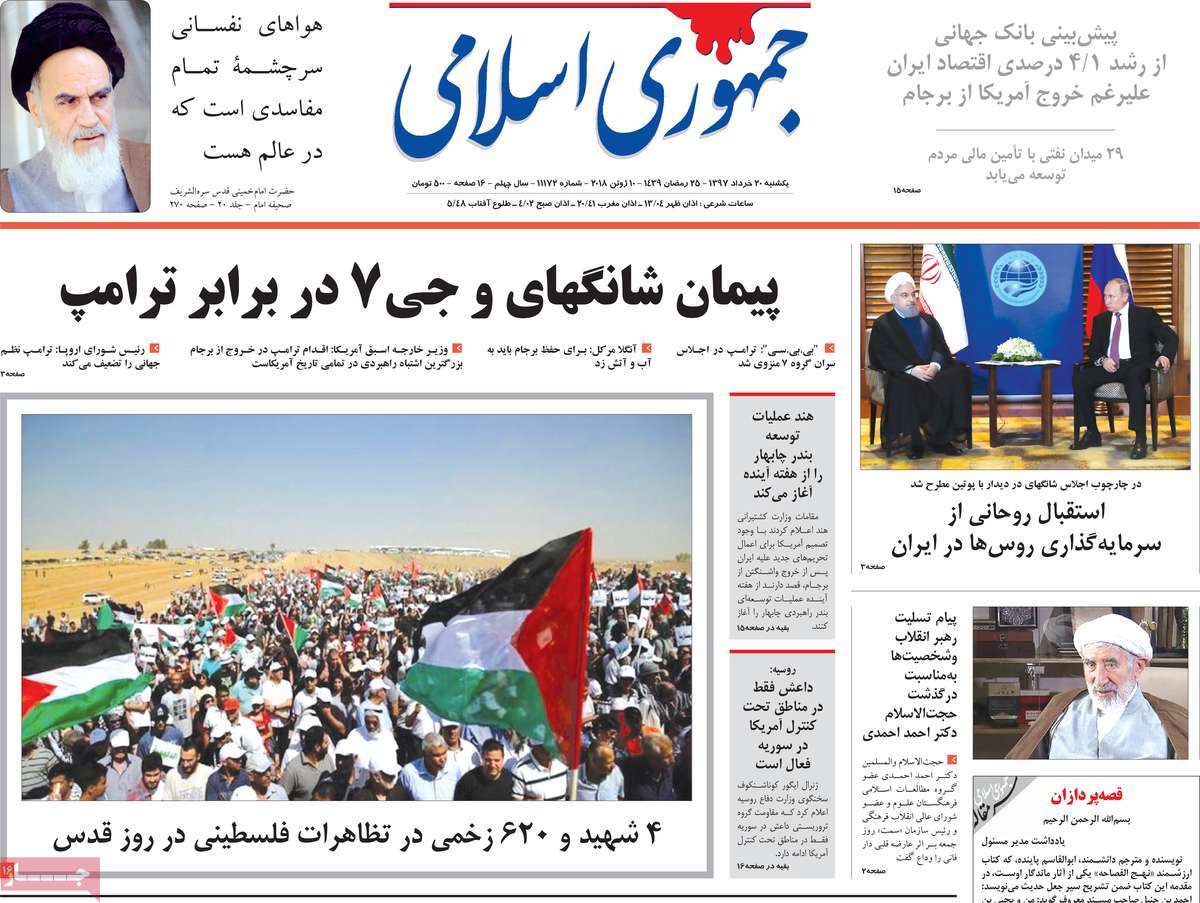 1- Parliament’s Ratification of FATF to Bring ISIS to Iran

3- Nasrallah: Reactionary Arab Rulers Won’t Survive More than One Week without US Support 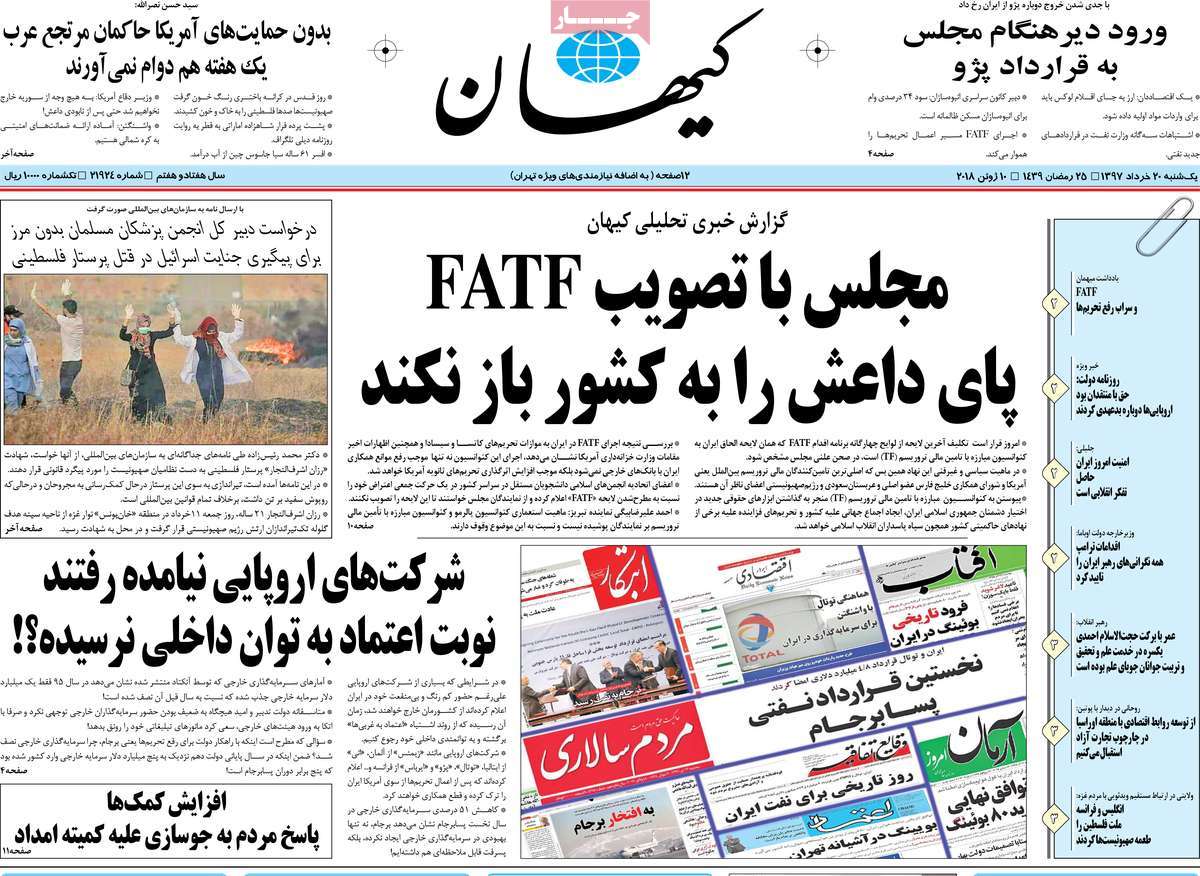 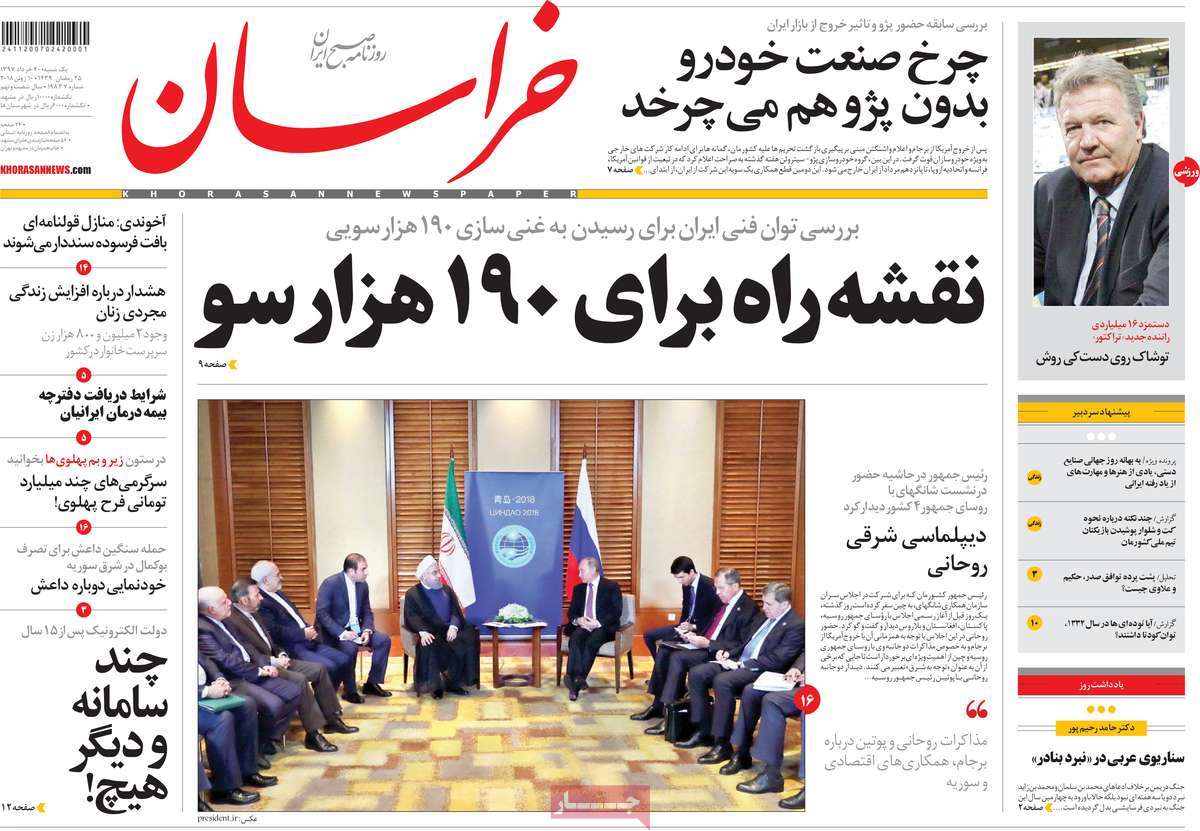 1- Queiroz: We Can Surprise Morocco 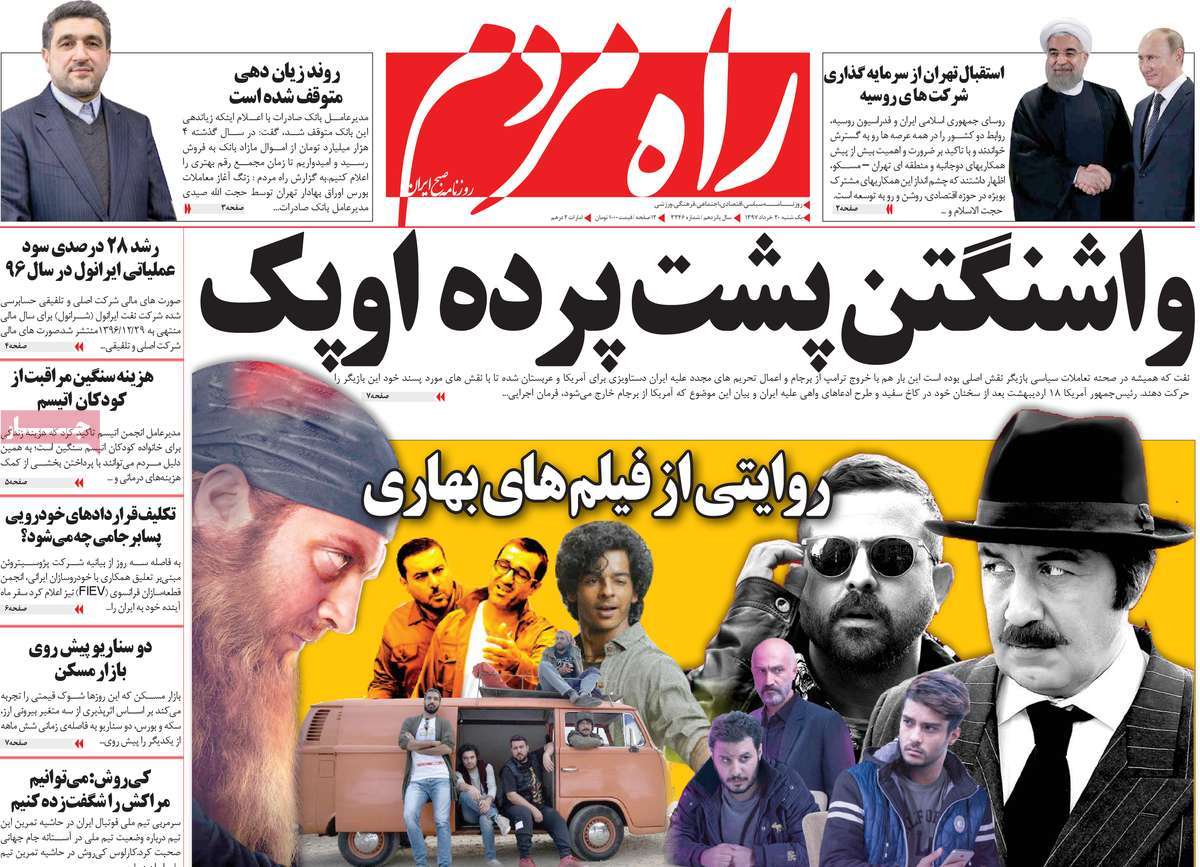 1- No Reason to Remain in JCPOA If Europe Doesn’t Give Us Guarantee: Ex-FM 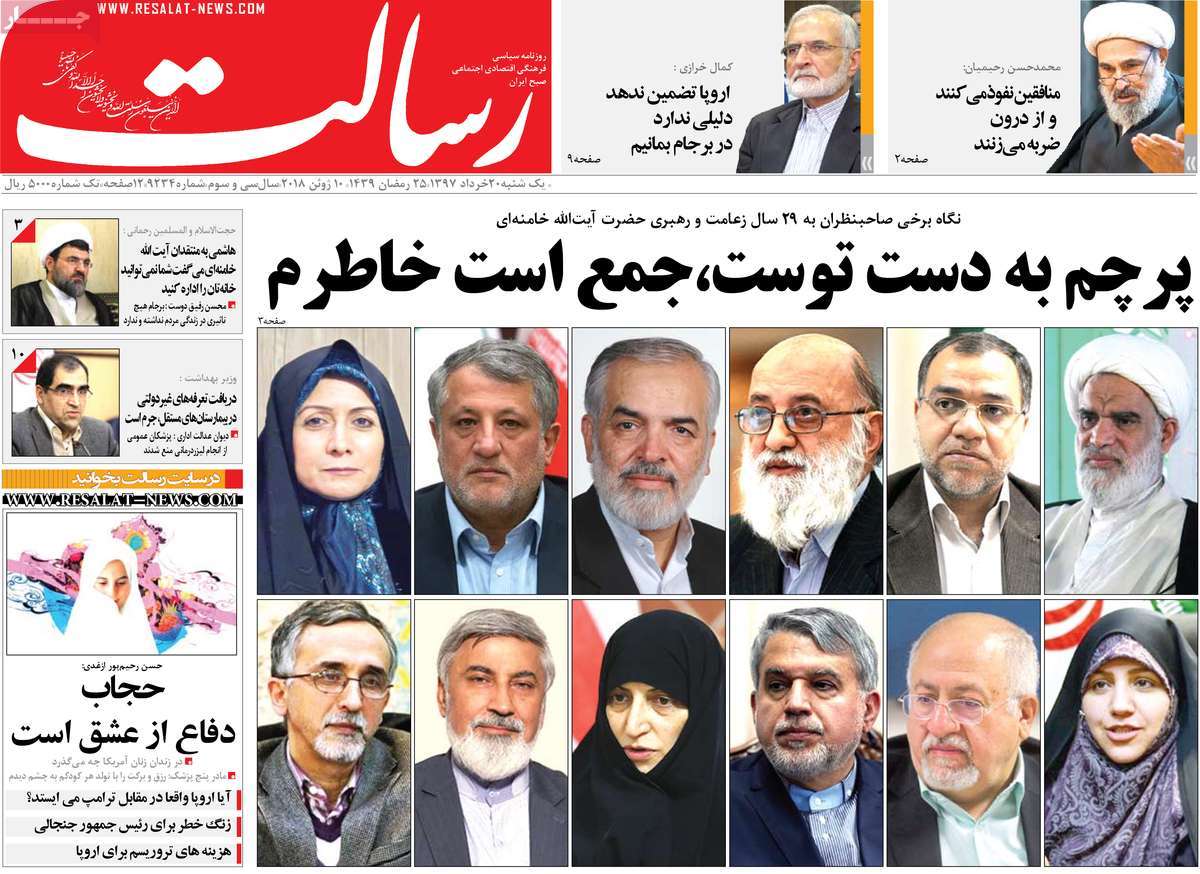 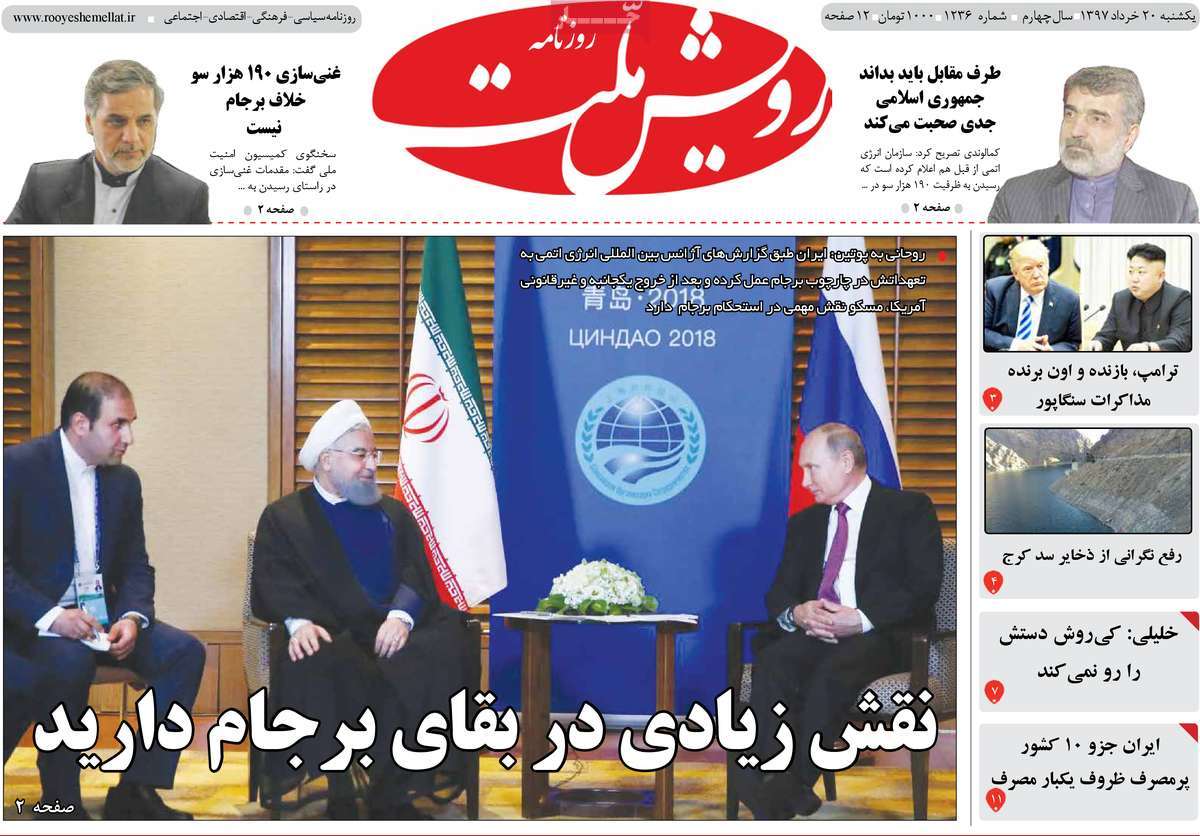 1- Reconciliation with Enemies, Distance from Allies 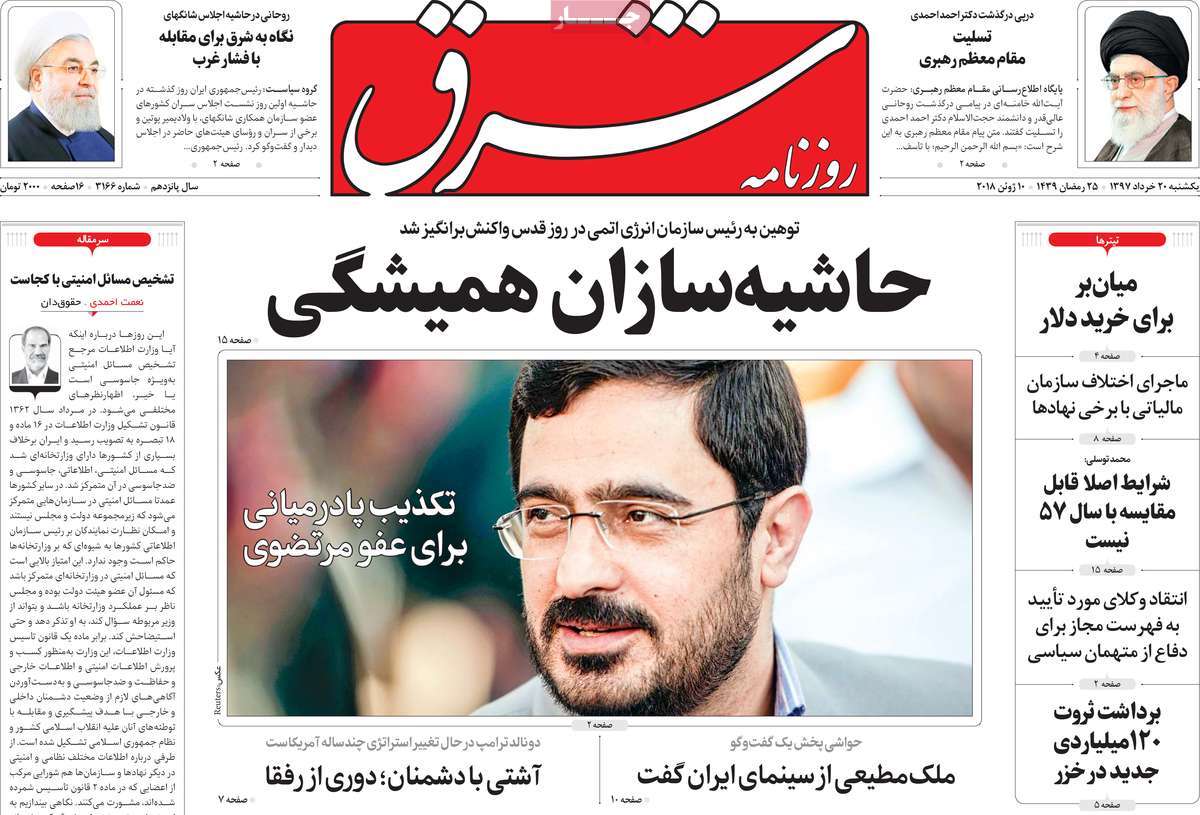 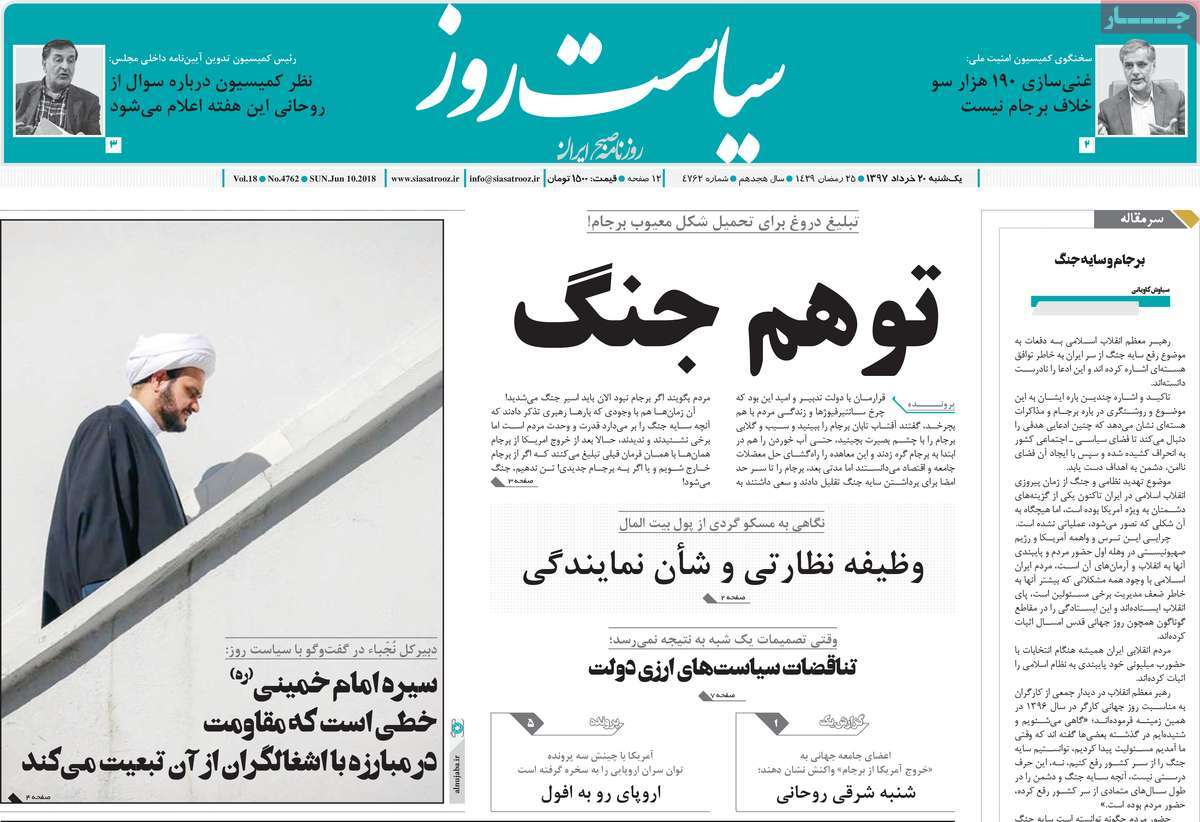 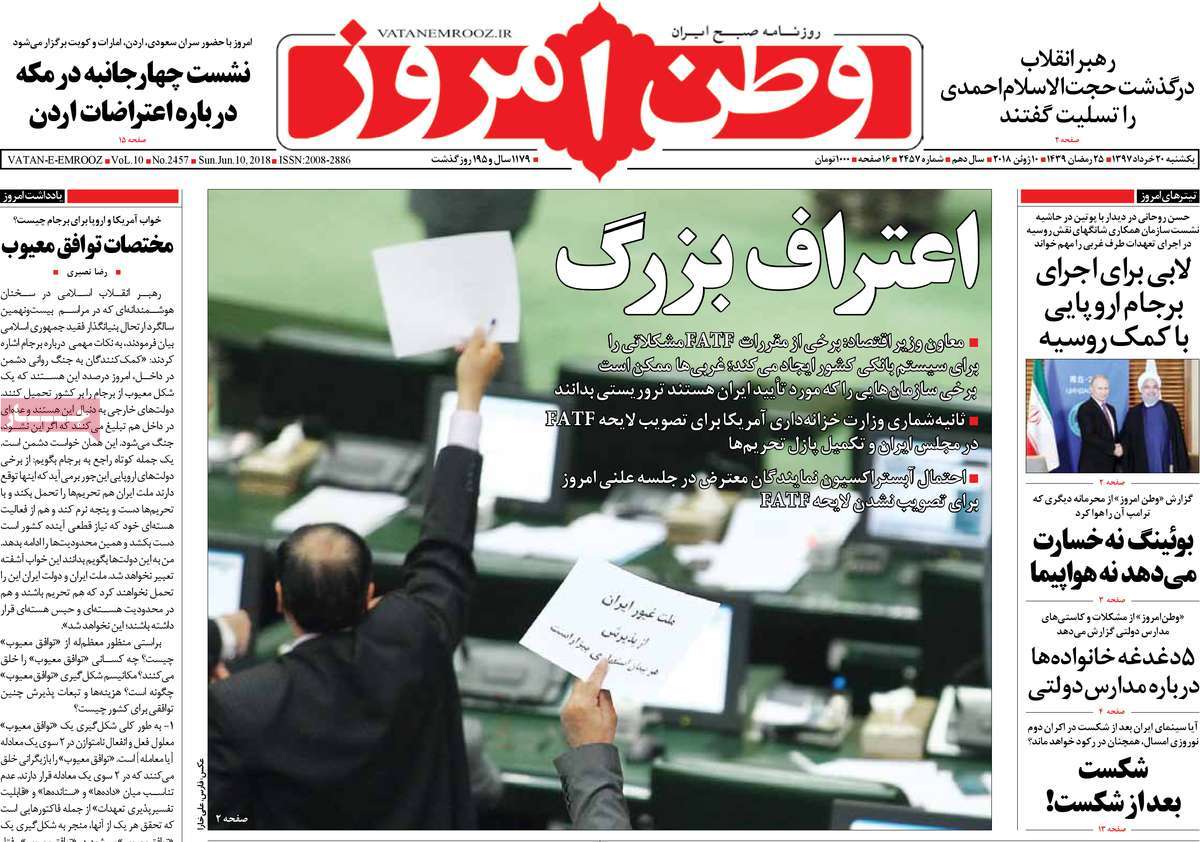