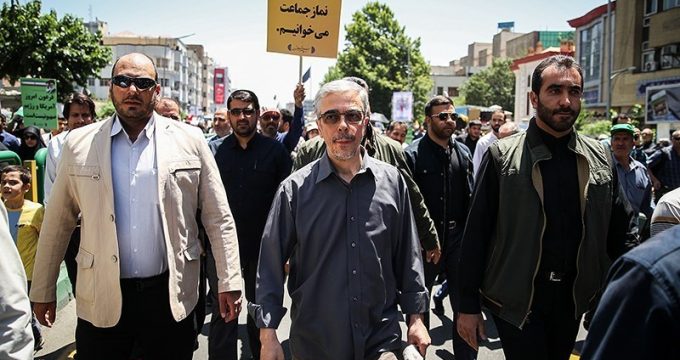 US embassy relocation to speed up collapse of Israeli regime: Iran’s Top General

Tasnim– Chief of Staff of the Iranian Armed Forces Major General Mohammad Hossein Baqeri said the recent move by the US administration to relocate its embassy from Tel Aviv to al-Quds (Jerusalem) would facilitate the collapse of the Zionist regime of Israel.

Speaking to reporters while attending a massive anti-Israeli rally in Tehran on Friday to mark the International Quds Day, Major General Baqeri pointed to the high turnout in the demonstrations and said the rallies have made the unity of Muslims “more visible”.

The unity proves that “the game” that the US has played by relocating its embassy to Quds has not been able to damage the cause of Muslims (the liberation of Palestine), he noted.

“These are factors that will cause Israel to collapse sooner,” the Iranian top commander went on to say.

The remarks came as countrywide demonstrations marking the International Quds Day were held in more than 900 cities of Iran on Friday with thousands of reporters covering the event.