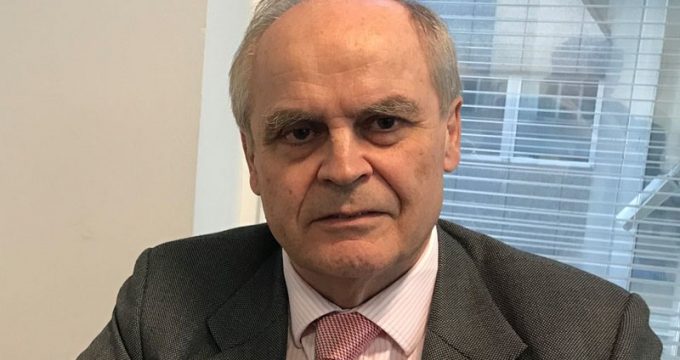 No sympathy for US and Israel whilst Iran adhere to JCPOA

IRNA – Former British Ambassador to IAEA Peter Jenkins says as long as Iran is fully compliant with the JCPOA, global public opinion would have no understanding or sympathy whatsoever for US and Israeli anti-iran argument.

The following is excerpts from Mr. Jenkins’ exclusive interview with IRNA in London.

Q. What is your assessment of the current developments regarding JCPOA?
My assessment is that communication between Europe and Iran are satisfactory. I am confident that the two sides understand each other and that’s always a good basis for arriving at agreements that can be in the mutual interest of both sides

I cannot remember whether it was President Rouhani or the Supreme Leader who set out rather helpfully conditions that were going necessary for the Iranian side for Europe to fulfill, if iran was to continue to adhere to the JCPOA. Those conditions struck me as reasonable aparat from perhaps the requirement for Europe to condemn the US in the UN Security Council. Personally I have no problem at all about condemning the US at UNSC but I think my Prime Minister and the other European leaders wouldn’t be very keen to do that.

It seems obvious to me that Europe leaders have given instructions to officials to come up with ways of satisfying those Iranian conditions.

But as I said, it will not be easy for Europe to ensure that Europe trade with Iran and European investments in Iran remain at the level that was anticipated when the JCPOA was signed 3 years ago.

Q. Do you think that Europe will be able to give Iran the guarantee it needs to stay in the JCPOA?

A. I think Europe has already said that it cannot give guarantees. I found guarantee hard to understand, but Europe is genuinely doing its very best in order to create conditions under which Iran would feel in its interest to adhere to JCPOA. Europe clearly wants iran to continue to adhere and does not want in any way to side with President Trump on this matter so I think they are doing their best effort.

Q. When it is obvious that Europe is willing to adhere to JCPOA, why has the Israeli Prime Minister travelled to France, Germany and Britain to persuade them the opposite?

A. I think he thinks his charm and persuasiveness is so great that he would be able to persuade the European leaders to change their mind. He is a sort of man who if he has any way of threatening people wouldn’t hesitate to do so and of course he does have at his command some very powerful political lobbies particularly in the US but even in this country. That a very regrettable feature of the world in which we live.

Q. When have been his achievements from your perspective?

A. I think so far he has failed. So far he has not succeeded in persuading the Europeans to change their mind. But we only now a limited amount of what has taken place behind closed doors and must not be over confident. But still it does look so far if he is going to go home without having achieved anything.

Q. What is your assessment on Iran’s decision to produce centrifuge feedstock?

A. As far as I have understood producing the feedstock won’t be a problem because as you know there is a plant in Isfahan that was inaugurated in 2003 that was producing feedstock for several years. I think its probably what they are talking about is restarting production a feedstock at the Isfahan plant. My understanding of the JCPOA is that this is not something Iran agreed in 2015 that it would not do, in other words Iran is perfectly free to produce UF6 if it wants to do so.

Q. Are you suggesting that Iran’s decision is rightful and complies with JCPOA?

A. My understanding and from what I know is that this decisions will not amount to a violation of JCPOA, which of course I am very relieved at and welcome.

JCPOA does provide Iran with a form of protection against the risk of US and Israel mounting an attack on Iran. As long as Iran is fully compliant with the JCPOA global public opinion would have no understanding or sympathy whatsoever for US and Israeli anti Iran argument. The moment Iran ceases to comply with the deal it will be back in that situation we knew about a decade ago where suspicion arise and a lot of people easily convinced that an attack in necessary to avert what’s known as an Iranian nuclear threat.