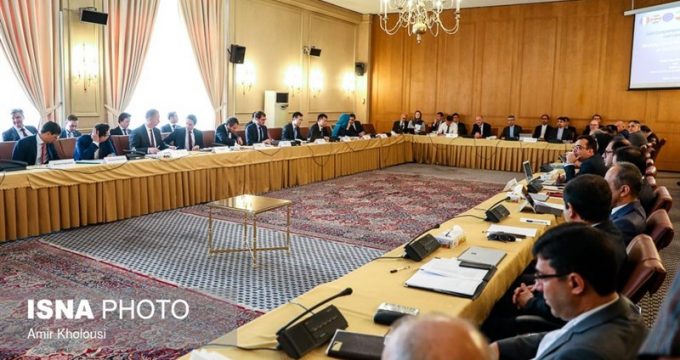 Tasnim – Diplomatic delegations from Iran and the remaining parties to the 2015 nuclear deal (Russia, China, Britain, France and Germany) gathered in Tehran on Thursday for an expert meeting.

The gathering of experts, held at the Iranian Foreign Ministry’s Institute for Political and International Studies, is the first session of the joint commission of the JCPOA parties in Iran ever since the nuclear agreement was struck in 2015.

Presence of American diplomats was apparently the main obstacle to holding such meetings in Iran in the past, but the US administration’s withdrawal from the multilateral agreement has made it possible for the diplomats to convene in Tehran.

The most recent expert meeting between Iran and the Group 4+1 was held in Austria’s Vienna in late May.

The ongoing session is expected to fix a date for a ministerial meeting, as proposed by Iran during the May meeting in Vienna.

The agenda of the expert gathering in Tehran is to find a mechanism for maintaining the Joint Comprehensive Plan of Action without the US and securing Iran’s economic interests under the nuclear accord.

On May 8, US President Donald Trump pulled his country out of the JCPOA, which was achieved after years of negotiations among Iran and the Group 5+1, and imposed a new wave of unilateral sanctions against Iran.

Recently, the foreign and finance ministers of Britain, France and Germany sent a letter to US Treasury Secretary Steven Mnuchin and Secretary of State Mike Pompeo, voicing “strong regret” about the Trump administration’s decision to withdraw from the deal.

The three European nations also asked Washington to “grant exemptions from US sanctions for EU companies” that have been doing business with Iran since the deal came into force in 2016.