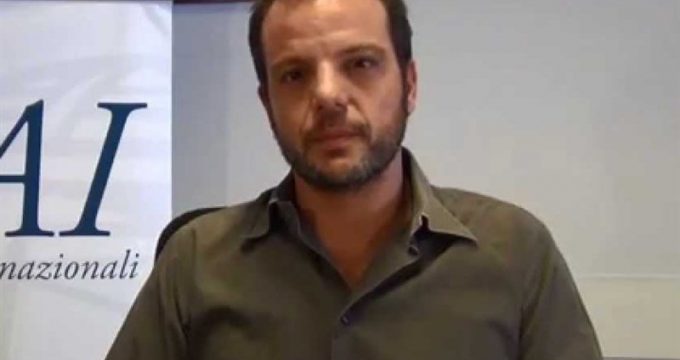 Cool minds should prevail, Italian analyst says on efforts to save JCPOA

Tasnim – A senior fellow with the Transatlantic Program of the Istituto Affari Internazionali (IAI) described the current situation around the 2015 nuclear deal as “very precarious”, stressing that “cool minds should prevail” if parties are seeking to salvage the agreement.

“… my suggestion would be that Europe and Iran stay engaged on the JCPOA, cooperate with Russia and China and other countries on ways to keep Iran’s ability to export oil in place and wait for the US next move,” Riccardo Alcaro told the Tasnim News Agency.

“It is an extremely difficult situation and a very precarious one. Cool minds should prevail,” the Italian analyst added.

Riccardo Alcaro was a nonresident fellow in the Center on the United States and Europe. He is an expert in transatlantic political and security relations with a focus on US-European cooperation in Europe’s neighboring regions, including the Middle East and North Africa, Iran and the Persian Gulf, the Sahel, Eastern Europe, and Russia.

Tasnim: As you know, US President Donald Trump on May 8 withdrew from the Iran nuclear deal, which is an international agreement and endorsed by a UN Security Council resolution. What is your take on Trump’s decision?

Alcaro: Trump is apparently betting that the US can force Iran to capitulate to his demands, later articulated in Pompeo’s 12 points, by creating massive economic pressure. Key to his strategy is that the Europeans eventually fall in line.

The Europeans have repeatedly said they want to keep the JCPOA alive but I am skeptical they can do much right now.

After all, Trump is betting on the individual decisions of EU companies and banks not to risk US sanctions because of their ties with Iran.

Alcaro: It is very important that the Iranians cash in now on the diplomatic support from Europe, Russia and China, secure their assistance in being able to sell oil abroad. But Iran should also be patient.

The US has promised it will adopt new sanctions and there is no need now for Europe and Iran to rush to find alternative solutions to escape US sanctions.

Over time, America’s resolve to punish its European allies for abiding by a UNSC-sanctioned nonproliferation deal may waver.

So my suggestion would be that Europe and Iran stay engaged on the JCPOA, cooperate with Russia and China and other countries on ways to keep Iran’s ability to export oil in place and wait for the US next move.

In the meantime, the Europeans should wage a public diplomacy campaign in America to make the case that punishing allies is the best way to eventually lose those allies.

If Iran avoids giving Israel and the rest of the anti-Iran coalition a pretext to take further military action in Syria or worse Lebanon, over time the resolve of the US to punish EU companies, may dwindle or even collapse, as it happened in the past.

It is an extremely difficult situation and a very precarious one. Cool minds should prevail.

The Iranians should also not be afraid of talks over a ‘new deal’. They should actually signal to the Europeans that they might be open to discussing regional issues, provided they are part of the equation and that the JCPOA stands as it is now.