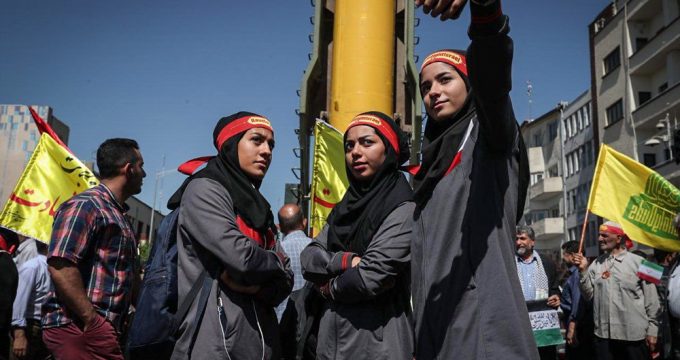 IRNA – The deposed shah’s son-in-law, ambassadors to US, UK and foreign minister Ardeshir Zahedi in a memo published in New York times rejected US anti-Iran claims as baseless and said ‘This cat dreams of mice but Iran is not Iraq.’

In his memo published on May 31, Ardeshir Zahedi wrote that ‘American Secretary of State, Mike Pompeo’s statement on Iran was both bewildering and saddening. As the head of foreign policy of a great power, and previously as the director of the CIA, he should be better informed about Iran, its people, and its history.’

‘Bullying rarely succeeds and has never succeeded against the nation of Iran. Through the millennia of its history, my country has never stooped or bowed to foreigners and has always remained united in the face of adversity. Whatever their opinion of their current government may be, under outside threats, Iran’s noble people always stand together and help defend their homeland. History has quickly taught foreign aggressors to abandon their wishful thinking of crushing Iran. Cats will dream of mice. No one will be able to crush Iran,’ he underlined.

Stressing that with a territory of 636,000 square miles and a population of eighty-two million, Iran is not Iraq, Zahedi said, ‘Iran will be able to resist a foreign military attack. We should remember the case of Iraq. The war was based on forged documents and lies. The attack had neither the authority of morality nor of law. The outcome was massive death and devastation. Hundreds of thousands of innocents died, and many millions had their lives and futures completely destroyed. And financially, according to the US President, seven trillion dollars were wasted.’

Zahedi referred to the US and its allies’ allegations that Iran interferes in Syria, and said, ‘What is not mentioned is that Iran is in Syria by the invitation of Syria, the legitimate government of a sovereign nation. It is the presence in Syria of secret armies from the US and other Western countries that violates international law.’

‘The continuous carnage, brutality and other atrocities against the civilian population of Yemen is not only a war crime but an attack on humanity. Can we ever forgive or forget this barbarity? On the 23rd and 24th of May, the primary story on BBC World Service was a heart-wrenching report which showed a Yemeni village wedding where women, men, and young children were celebrating the marriage of a loved one. It was supposed to be one of the happiest days of their life. In an instant, a random Saudi airstrike hits the village and kills twenty-two. Celebration is turned into lamentation. How can we ever justify the massacre of innocent children and the starvation and destruction of a country? What madness is responsible for this unprecedented tragedy? Is this twenty-first-century justice?,’ he asked

Zahedi noted that Iran and the United States were introduced one hundred and sixty years ago and can again become friends, adding, ‘The mention of the names of such high-minded Americans as Howard Baskerville, Morgan Shuster, Arthur Millspaugh, Arthur Upham Pope and Richard Frye still brings warm feelings to Iranian hearts.’

He underlined that even if one of the signatories withdraws from the P5+1 nuclear agreement (Joint Comprehensive Plan of Action), it is still a valid and binding document, saying, ‘I pray that wisdom will triumph, and diplomatic maturity will prevail.’

‘The social situation in Iran will undoubtedly evolve. I have great hope and confidence in the youth of Iran, whose character, intelligence and competence will shape the country’s future. I am happy and hopeful when I see that in the four corners of the earth, most experts on the region see reality more clearly and publicly defend the honor and rights of my noble Iranian brothers and sisters. I both appreciate and respect their views,’ Zahedi said.