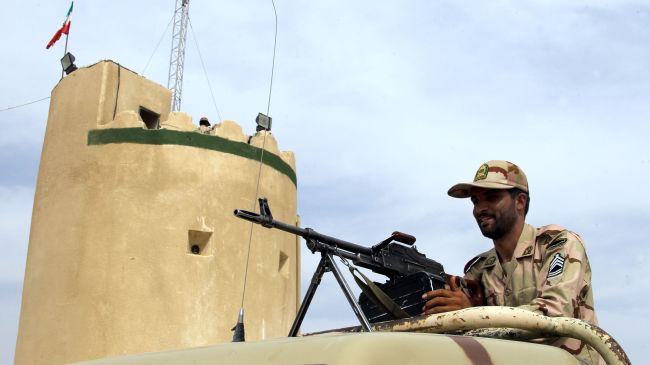 Press TV- Iranian security forces have disbanded a terrorist cell in the southeast of the country, seizing a considerable amount of weapons and munitions from the group.

He said that the clash between security forces and terrorists took place near the border region of Saravan.

He said that the bomber of the terrorist group was killed in the conflict, but police forces suffered no casualty.

Qanbari said that the police force would firmly confront any terrorist group seeking to endanger the security and peace of the country, and would not allow them to go ahead with their plans.

Over the past years, Iranian security forces and border guards have engaged in clashes with terror groups, many of whom cross border from Pakistan into the country to carry out attacks.

The Iranian Intelligence Ministry said in a statement on April 16 that security forces confiscated the consignment due to be smuggled into the country.

It noted that 580 kilograms of narcotics were also seized from the terrorists.