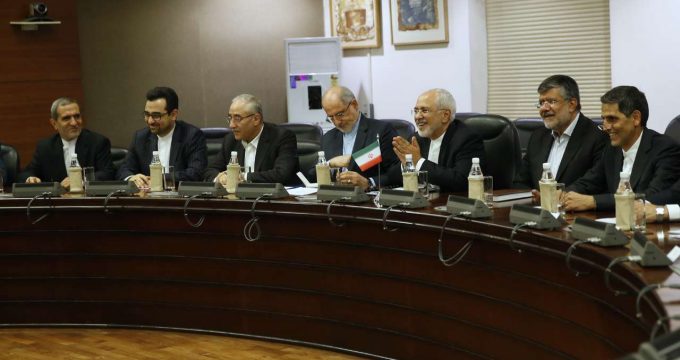 Iran, India resolved to expand ties despite US sanctions

In a post on his Twitter account on Monday, Zarif said he held constructive talks with Indian officials on energy, banking, transportation and commerce, building on the visit of Iranian President Hassan Rouhani to India back in February

The Iranian foreign minister said Iran and India are resolved to expand their ties in all fields, adding the two sides have agreed to establish special committees to explore ways to expand their mutual relations in the wake of US sanctions.

According to a statement released by India’s External Affairs Ministry, during the meeting, Iranian and Indian foreign ministers discussed bilateral, regional and international issues of mutual interest.

“The two sides positively assessed the implementation of decisions taken during the visit of President Rouhani to India. These included bilateral cooperation in the areas of connectivity, energy, trade and promotion of people to people contacts,” the statement read.

The Indian Ministry also called on all signatories of the JCPOA to engage constructively for peaceful resolution of the issues that have arisen with respect to the agreement.

Earlier, in response to a question on India’s stance towards the US decision to quit the Iran nuclear deal, India’s external affairs minister told a press conference that India only abides by sanctions imposed by the United Nations and not those imposed by any other country, including the ones announced by the US against Iran.

Zarif arrived in India early on Monday heading a politico-economic delegation to hold talks with Indian officials on US pullout from JCPOA and ways to expand energy and transport cooperation.

Iran is India’s third largest oil supplier and there were apprehensions about possible impact of the US decision on India’s oil imports.