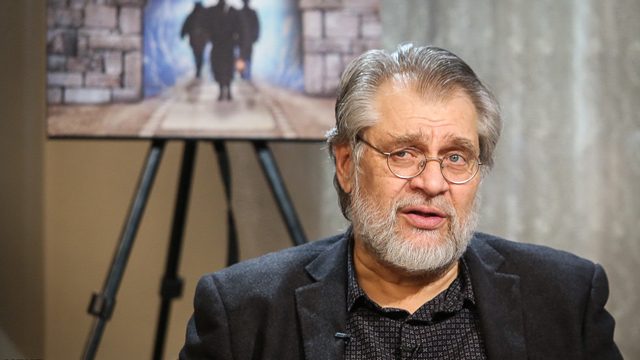 A default judgment is issued when a defendant does not contest the case in court.

Daniels issued other default judgments against Iran in 2011 and 2016 that ordered the Islamic Republic to pay victims and insurers billions of dollars for damages and deaths in the hijacker attacks.

Iran has rejected all cases, but it says it doesn’t recognize the US courts for judging such cases.

Last week, thousands of American professors, politicians, experts and former members of the US Congress in a letter to the Iranian Ministries of Justice and Foreign Affairs called on the country to immediately appeal the Southern District Court of New York’s ruling, and vowed to testify in support of the Islamic Republic in an appeals court after Tehran files for it.

Nader Talebzadeh, a prominent political expert and activist, referred to the letter, and stressed the need for Iran to end its tradition of not appealing the US courts’ rulings and challenge the mainstream media’s story about the 9-11 incident with the help of the US political activists at the court.

He told FNA on Saturday that “the September 11 fact-finding groups are ready to speak to the benefit of Iran in any court and testify that Iran has not been involved in the attack. They are ready to show presence in an official court and elaborate on the 9-11 incident. But the Iranian government is first required to appeal the ruling”.

According to Talebzadeh, Iran has never appealed to the US courts’ rulings and it has adopted the same approach in the recent case. “Now it has an opportunity only until next Tuesday to appeal the ruling.”

He described the 9-11 as the US Achilles Heel which was used as a pretext for military intervention in Iraq and Afghanistan, stressing Israel’s role in the deadly incident.

“There are documents to prove Israel’s role and we should allow the Americans themselves to speak about it. Even the official commission which has investigated the 9-11 incident has clearly underlined that Iran has played no role. How a judge in New York, who has certainly received money from Saudi Arabia and has issued such a ruling for the second time, sentences Iran, and the country does not react?” Talebzadeh said.

He noted that investigations have proved that C4 explosive material was used during the 9-11 incident, adding, “The Americans fear reopening of the 9-11 case as all its details are secret and it is an opportunity for Iran on which it can maneuver.”

The letter wrote by the American professors, politicians, experts and former members of the US Congress to the Iranian government to testify in support of the Islamic Republic in an appeals court is as follows:

“We (over 5000 US professors, experts and politicians) are willing and ready to provide court testimony in support of Iran’s innocence; the extremely weak case against Iran is predicated on the 9/11 Commission’s version of events, according to which 19 alleged hijackers (15 of whom were Saudis, and none of whom were Iranians) precipitated a series of miracles, including gross violations of the laws of physics. we can prove absolutely, beyond any reasonable doubt, that this version of events is false, thereby nullifying the case against Iran,” the statement said.

The signatories of the statement underlined their firm belief that by strongly contesting this matter in a US court, Iran can win a major media victory over its enemies, and will likely win the legal case as well, adding, that for while the US courts can be corrupt, they follow procedural rules, and create legal records, that will in this case make it very difficult for the anti-Iran forces to achieve their objectives.

They said that the alternative—not contesting the judgment—hands the anti-Iran forces a victory that they do not deserve, adding that for although they have no valid evidence against Iran, if Iran fails to defend itself, it appears to be admitting guilt.

“We believe that the following organizations would likely be available to assist with Iran’s defense, whether in the capacity of expert witnesses or as friends of the court; Architects and Engineers for 9/11 Truth  (https://www.AE911Truth.org), Consensus 9/11 (http://www.consensus911.org), Scientists for 9/11 Truth  (http://www.scientistsfor911truth.org),” the signatories of the statement said.

“We urge the government of Iran to contact Mr. Mick Harrison Esq. of the Lawyers Committee for 9/11 Inquiry” who, in his capacity as a private attorney, may be able to help the Islamic Republic of Iran take the initial steps toward assembling a legal team to appeal Judge Daniels’ ruling in advance of the May 28 deadline:

Lawyers Committee for 9/11 Inquiry https://www.lawyerscommitteefor9-11inquiry.org (which on April 10 filed a 54-page petition for a grand jury investigation of 9/11 with the U.S. Attorney of the Southern District of New York).

The US court’s ruling came despite the fact that official investigations found no evidence of Iranian involvement.

Though the lawsuit alleged Iran supported the hijackers with training and other assistance, no Iranian involvement in the attacks has ever been substantiated.

The 9/11 Commission, which was tasked with preparing a “full and complete account of the circumstances surrounding” the attacks, found no evidence of Iranian support.

Saudi Arabia remains the main target of US citizens looking for damages in relation to the attacks.

The judgment against Iran was issued in a court case consisting of more than 40 lawsuits that have been consolidated over the years.

Plaintiffs allege that Saudi Arabia provided material support to the 19 hijackers who crashed commercial airliners into the World Trade Center in New York and the Pentagon in Washington.

Another plane, reportedly targeting the White House, crashed in a field in Pennsylvania after passengers confronted the hijackers.