Speaking at the St Petersburg International Economic Forum on Friday, May 25, Sechin, who is reportedly close to Russian President Vladimir Putin, said the U.S.’s decision would cause an inevitable reduction of Iranian barrels in the global supply pool.

On a day when oil futures are sliding on expectation of higher Russian and Saudi production – amid signals that the ongoing OPEC and non-OPEC production cut agreement to the tune of 1.8 million barrels per day might be canned – Sechin opined that actually new price records might be on the horizon due to American unilateral action. 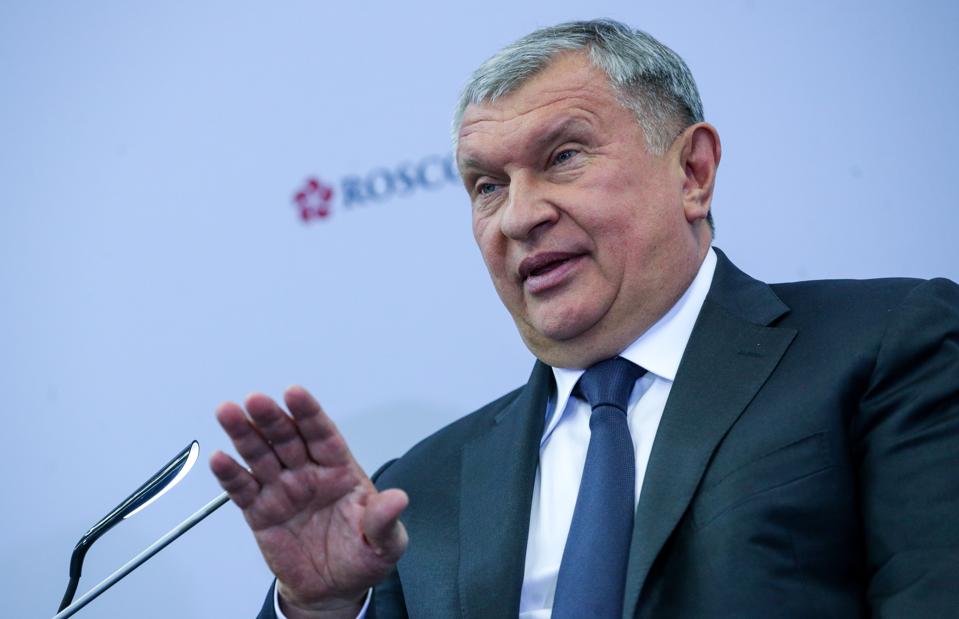 “Such sanctions and ultimatums applied to the hydrocarbons market will inevitably lead to a permanent ‘sanctions premium’ in the price. I do not rule out that we will be able to speak about a sanctions-related commodity ‘super cycle’ after a while, and see new price records in the near future,” the Rosenft boss said.

Drivers and industries across Europe and the U.S. will feel the effects of action taken by the White House, as the revoking of the Iran Nuclear deal – “a non-market factor” makes the global oil sector unpredictable, he added.

“I have to say that the U.S. has consistently pursued the policy of non-acceptance of international agreements, which would allow challenging their actions on global platforms. In fact, judicial protection and fair market arbitration are off the table.”

Sechin did not mention Trump directly in his address but said the U.S. move had much to do with boosting its domestic oil market confidence.

Moving away from the politics of the Iran deal withdrawal by Trump, the Rosneft boss also dismissed suggestions of oil consumption peaking in 2030, adding that he expects oil and gas to remain core of the global economy in the foreseeable future.

“Projections by leading analysts and companies, including an outlook on global energy development recently released by BP show that the demand for hydrocarbons will be higher by 2040 than it is today, even in most challenging scenarios.”

Igor Sechin, Iran nuclear deal, oil prices, US withdrawal from JCPOA May 26, 2018
Iran in Turkey to prepare for 2018 FIFA World Cup
IMF to cooperate with Iran’s Central Bank chief despite US sanctions