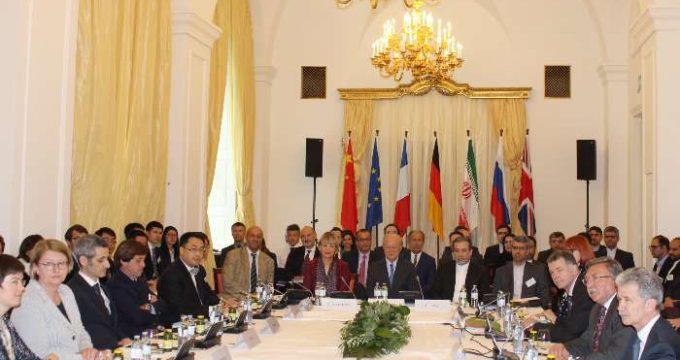 IRNA – Secretary General of European External Action Service Helga Schmid in a statement on Friday said that members of the JCPOA reiterated their commitment to implement nuclear deal in good faith in a full, regular and effective manner.

Based on the statement, members of the JCPOA described lifting nuclear-related sanctions in a bid to normalize economic and trade ties with Iran as integral part of the nuclear deal.

Today, Vienna hosted the second round of the negotiations of JCPOA joint commission which was held at the request of Iran following US withdrawal from the international pact.

As per the provisions of the JCPOA, Joint Commission is in charge of monitoring implementation of the JCPOA.

Participants of the Joint Commission meeting regretted over unilateral exit of US from the deal, reiterating that meeting Iran’s demands and normalizing economic cooperation with Tehran are essential for surviving the deal.

During the meeting also attended by Director General of the International Atomic Energy Agency (IAEA), members of the JCPOA reaffirmed their support to the international pact and hailed the international body’s professional and impartial role in verifying Iran’s commitment to the deal.

They also described the JCPOA as a main part of the NPT and a very significant diplomatic achievement which has been approved by Resolution 2231.

During the meeting, Iran proposed holding next meeting of the Joint Commission at the ministerial level.

#IranDeal, Helga Schmid, Iran nuclear deal, US withdrawal from JCPOA May 26, 2018
Queiroz optimistic Iran could advance to knockout stage
US warns of ‘firm’ response ahead of Syria’s anti-terror operation in Dara’a