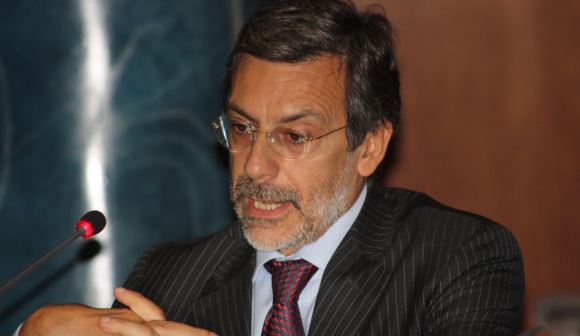 “Italy is interested in continued long-term cooperation with Iran and 7 Italian firms active in area of renewable energies will travel to Tehran” early this summer, Conchatori said in a meeting with Iranian energy ministry officials in Tehran on Tuesday.

He added that the companies are active in the fields of renewable energies, water management and desalination of water.

“A cooperation document will also be signed by Iran and Italy in the field of renewable energies during the visit,” Conchatori said.

Last December, Iranian and Italian officials in a meeting in Tehran agreed to broaden mutual cooperation between the two countries in the energy sector.

During the meeting in the Iranian Capital, Head of Exports and Logistics at Iran’s Energy Ministry and Italian Economy Attaché to Tehran explored avenues for bolstering and reinvigorating bilateral ties, specially the economic relations.

During the meeting, Italy’s economy attaché to Tehran expressed satisfaction over expansion of economic cooperation mainly in the energy sector, and said Italy welcomes formation of a joint committee to ease expansion of cooperation between the two sides’ state-run as well as private sectors.

The two sides underlined the need to boost their relations in water and electricity sectors.