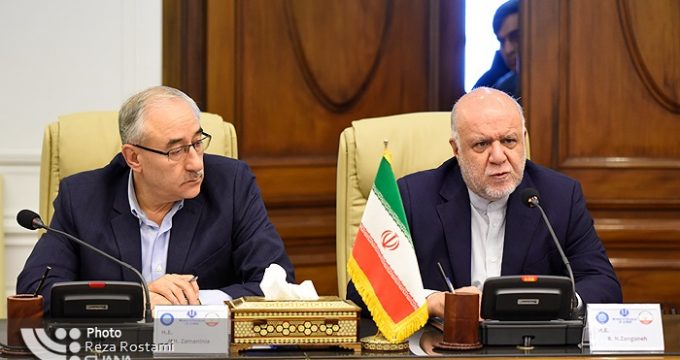 Press TV – Iranian Oil Minister Bijan Zanganeh says Tehran’s oil exports to remain unchanged if the Iran nuclear deal is salvaged by the EU following the US withdrawal from the multinational accord.

In an address to reporters after his meeting with EU’s energy chief Miguel Arias Canete in Tehran, Zanganeh underlined that the US decision to pull out of the deal also known as the Joint Comprehensive of Action (JCPOA) would not lead to Tehran’s oil exports fluctuation if the EU could salvage it.

“Every new decision in OPEC needs unanimity… I believe that the help of the European Union helps us… the level of our oil exports will not change,” Zanganeh said.

Following US move in May to quit the deal, the US Treasury announced the administration would re-impose a wide range of Iran-related sanctions after the expiry of 90- and 180-day wind-down periods, including sanctions on Iran’s oil sector.

To salvage the deal, the EU announced a package of measures on Friday to counter US sanctions on Iran.

The plans unveiled by the European Commission include providing its member states with opportunities to make direct payments for oil to Iran’s central bank and the revival of a 1990s era so-called “blocking statute” to allow companies to ignore US sanctions without fear of punishment in Europe.

The move has dashed the US hope for EU’s compliance with its stance toward Iran. The EU sees the agreement as an important element of international security.

Under the JCPOA, signed in 2015 by the US, France, Germany, the UK, China and Russia, Iran agreed to scale back its nuclear activities in return for many western sanctions being lifted. It enabled Tehran to more than double its oil exports, which helped lift the country out of a deep recession.