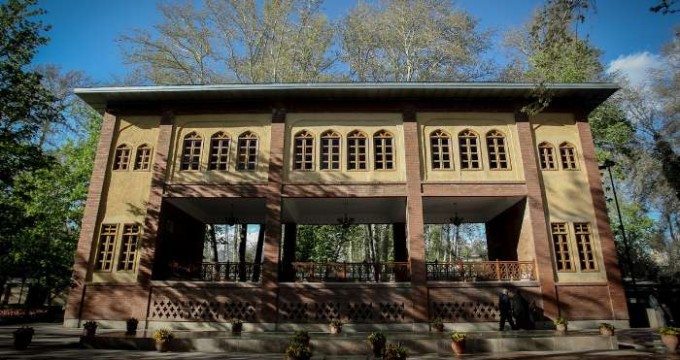 Press TV – Iranian gardens have for nearly 6,000 years combined the beauty of nature with the aesthetic qualities of art and architecture to create a symbolic representation of paradise on earth.

Ancient Iranians, who regarded planting trees as a sacred activity, gradually blended their expertise in agriculture and architecture into the design of gardens as part of their constant efforts to find more efficient ways to survive extreme climatic conditions.

There are four main elements to the intricate geometric design of Iranian gardens: High walls surrounding the garden to create a protected space for spiritual and leisurely relaxation; a koushk (palace) on the highest point in the middle of the garden; a water pool decorated with tileworks and fountains; one or several water canals for irrigation of the entire green space.

Iranian gardens often integrate the indoor area of the koushk with its surrounding garden through an inner courtyard, with architectural elements such as vaulted arches connecting the two spaces.

Iranian gardens were basically built in front of the water flow coming out of qanats, underground tunnels for transferring of water. The water then circulates in the garden through streams and the pool.

Tall trees such as cedar, pine and plane surround the pool and streams, creating an extensive shadow which prevents water evaporation and cools down the area. Flowers with strong scent are also planted in the area to produce pleasant smell in the environment.

The pool is normally located in front of the Koushk, functioning as a large mirror which reflects a full image of the mansion.

The idea of building earthly paradises became a key part of the Iranian culture and spread to other cultures during the Achaemenid Empire (550–330 BC).

Nearly 2,500 years ago, Cyrus the Great ordered the construction of a garden in Pasargad royal complex in the southern province of Fars. The garden which had magnificent pavilions, orchids, pools and terraces was laid out symmetrically in a four-part system and it is considered as the first official example for the style of Persian gardens.

During the Sasanian Empire (224-651 AD), decorative and functional use of water fountains and ponds became more important in gardens under the influence of Zoroastrianism and its respect for the vital value of water.

After Islam, the geometric design and aesthetic aspect of gardens increased in importance and became a major influence in the design of gardens from Andalusia in Spain to India and beyond.

Humayun’s Tomb and Taj Mahal, which were built under the Mughal Empire (1526-1857 AD) in India, have some of the largest Persian gardens in the world.

The design of Iranian gardens reached its zenith during the Safavid Dynasty (1501–1736) which designed the urban planning of its first and second capital cities, Qazvin and Esfahan, based on the style of Persian gardens.

There are currently 12 UNESCO World Heritage Persian Gardens in the world, including nine in Iran, two in India and one in Pakistan.

Apart from the role of Persian Gardens in Iranian architecture and urban designing, the gardens have had the most significant influence in the artistic design of Persian carpets.

Persian carpets mainly depict a panorama of a heavenly garden with visible illustrations of architectural and artistic elements of Iranian gardens.

In Persian carpets, gardens, as the symbols of paradise, transcend the restrictions of place and time and picture a world in which the body and soul can achieve peace.