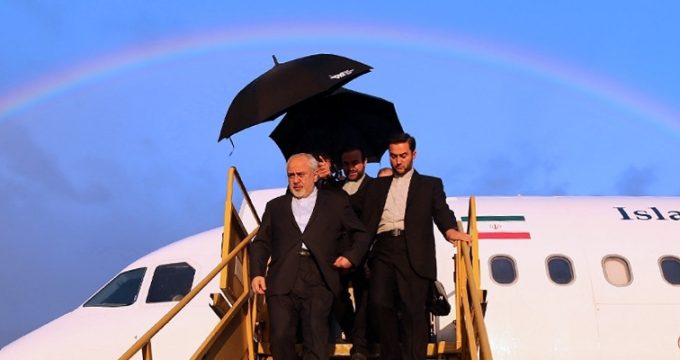 He is slated to hold talks with the foreign ministers of France, Germany and Britain and High Representative of the EU for Foreign Affairs and Security Policy Federica Mogherini in Brussels on Tuesday.

Zarif embarked on a visit to China on Saturday night which also took him to Moscow and Belgium later.

When in Moscow, he discussed a variety of issues including recent move by the US President Donald Trump to withdraw from the JCPOA, US dangerous move to relocate its embassy to Quds with his Russian counterpart Sergey Lavrov.