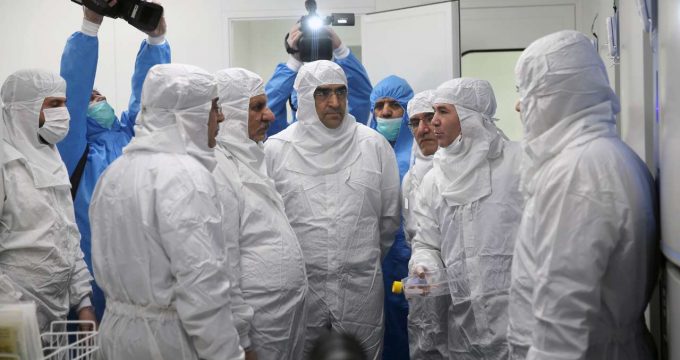 MNA– An equipped first human cell production factory was opened in West Asia in the in the presence of First Vice President Es’hagh Jahangiri.

Jahangiri was briefed on the activities and performance of this equipped center.

First Human Cell Production Plant was set up jointly between Barakat Pharmaceutical Company and Royan Research Institute which is tasked with producing products including Monocell, Ricollersal, Rhinooderm cell, etc. which are used to treat various cardiovascular, skin and skeletal diseases.

Technology for the production of fibroplast cells will be launched as of the third year of operation of this equipped factory.

Construction operation of this industrial and production unit began in June 2013 in a way that this factory has generated new employment opportunities for job-seeking people in the country.

About 500 billion rials has been spent for launching pilot project of this industrial unit which is located on a land area with 1,300 sq.m built-up area.