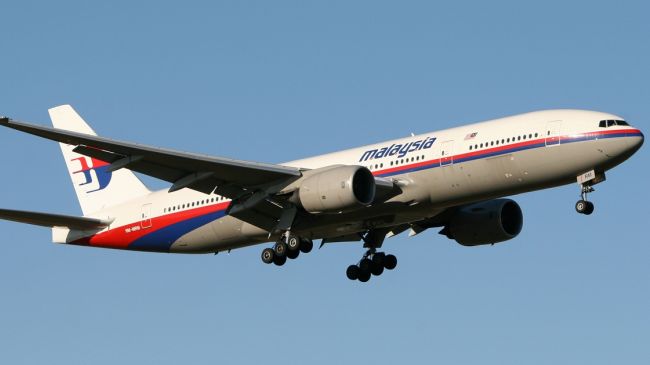 What’s at stake if Trump kills the nuclear deal with Iran?

Bloomberg | Lin Noueihed  and David Wainer: Donald Trump will announce today whether the U.S. will leave the Iran nuclear deal, with consequences likely to be felt from Middle East war zones to oil markets. If the U.S. president refuses to keep waiving sanctions under the six-nation accord reached in 2015, there’s a chance Iran will also walk away and resume its atomic program. European powers have pressed Trump to preserve the agreement while they negotiate side-deals to address his main concerns. A breakthrough has so far remained elusive. So what’s at stake if the U.S. withdraws?

A resumption of U.S. sanctions could derail tens of billions of dollars in business deals. While a U.S. exit may not render signed deals illegal, new sanctions would make it risky for international companies to continue working in Iran due to potential ramifications for their U.S. business or banking transactions.

It’s not just companies involved in Iran that are worried. Privately, business leaders increasingly fret about the growing risk of conflict in the region if Iran resumes uranium enrichment in response to a U.S. withdrawal — and what that could mean for world trade.

Among the larger deals at stake:

A “snap-back” in Iran sanctions by the U.S. would almost certainly reduce Iran’s oil exports, further stretching global markets. Oil futures rose above $70 a barrel in New York for the first time in more than three years on Monday as traders speculated about Trump’s intentions. What’s more uncertain is exactly how far Iran’s shipments would fall.

A recent Bloomberg survey predicted Iranian exports would be cut by 500,000 barrels a day. Iran is currently shipping just over 2 million barrels a day. More than half of that goes to China and India, while European Union nations buy about a quarter.

Although America purchases no Iranian oil, that might not matter. If U.S. sanctions put banks, shipping companies, refiners, insurers and ports at risk of losing access to the global banking system, they would have little option but to end their involvement with Iran. Much depends on whether Trump offers waivers and exemptions.

On the international stage, the biggest winners from a resumption of American sanctions could be two other signatories to the deal — China and Russia, whose influence has gradually spread in the Middle East as the U.S. scaled back its engagement.

Russia is already fighting, and winning, on the same side as Iran in the Syria conflict. And cold feet among European and U.S. investors could herald a new boom for some Chinese companies, already major investors in Iran, where they have signed multi-billion dollar agreements in the oil, industrial and transportation sectors.

The collapse of the accord could hamper denuclearization efforts, and not just in the Middle East. While President Hassan Rouhani has signaled a route that keeps Iran in the deal, Foreign Minister Mohammad Javad Zarif has warned that if the U.S. exits, his country might resume its nuclear program. Iranian officials have also threatened to leave the Non-Proliferation Treaty if the deal crumbles. Iran denies its enrichment was ever intended to build weapons as the U.S., Israel and others had charged.

North Korea, which does have a nuclear arsenal, will be watching developments closely. Ditching a deal the U.S. helped shape could undermine American credibility at the negotiating table as it seeks denuclearization in the Korean peninsula. Some analysts say the upcoming talks with North Korean leader Kim Jong Un might be weighing on Trump — and leave him more inclined to preserve Iran’s agreement.

A collapse of the nuclear deal would be a blow for Rouhani and the reformists who championed a diplomatic settlement to the nuclear standoff that had left Iran increasingly isolated. The nuclear deal is a rare concrete achievement for Rouhani, who was re-elected last year but has been weakened by demonstrations, a currency crisis and problems in the banking sector.

Hardliners, who warned through years of talks that the U.S. was not a trustworthy partner, would emerge strengthened. There are also signs that the attitudes of ordinary Iranians, many of whom welcomed a deal they hoped would bring prosperity, are hardening.

“If the U.S. doesn’t stick by its obligations then it’ll go back to before and we will start enriching uranium,” said Morteza, an unemployed Tehran resident. “It’s Iran’s right to do so, because they’re the ones violating it, not us.”

If the deal collapses and Iran restarts its nuclear program, the risk of confrontation could increase. Washington’s leading Middle East allies — Israel and Saudi Arabia — are both determined to roll back Iranian influence in their neighborhood. Israel in the past has threatened to bomb Iranian nuclear sites to prevent it obtaining a weapons capability.

The potential for a broader conflict is compounded by the war in Syria, which has already drawn in Iran, Lebanon’s Hezbollah, Russia, the U.S., Turkey and Israel.

The amount of turbulence, especially for businesses, will depend on how Iran, and other powers, respond to Trump’s move. Will Iran walk away, or stick to the agreement with China, Russia and the three European signatories? The situation is unpredictable because it was not foreseen by the deal’s architects.

When the agreement was being negotiated and implemented, the thinking was that sanctions would be snapped back by the U.S. and other signatories if Iran did not comply, says Andrew Keller, a Washington-based partner at Hogan Lovells law firm, which offers sanctions advise to companies doing or considering doing business in Iran.

“We are in a completely unpredicted situation where the U.S. is the unreliable party,” says Keller, a former U.S. official who helped develop the sanctions relief aspects of the deal. “Iran is complying with the deal and so the rest of the world will likely be united against the U.S. if President Trump reimposes the sanctions.”