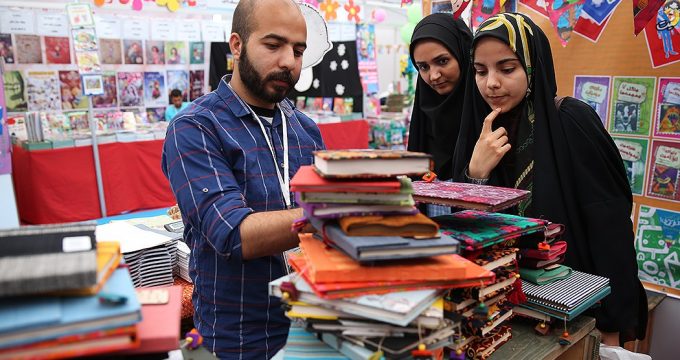 Press TV – The 31st edition of Tehran International Book Fair, Iran’s most important cultural event, is halfway through, with works by thousands of domestic and international publishers on offer.

As per tradition, the event goes under way at the capital’s Imam Khomeini Grand Prayers Ground or the Mosalla named after the founder of the Islamic Republic.This year’s expo runs from May 2-12.

Deputy Minister of Culture and Islamic Guidance, Mohsen Javadi told the country’s Iran Book News Agency (IBNA) that a record 400-plus publishers from 50 countries have attended the book fair.

Overall, this year’s exhibition, which played out in an area measuring 130 square kilometers (50 square miles), turned out to be bigger than the previous edition, bringing together over 2,000 local and foreign publishers.

Representatives of international cultural bodies also participated in the event.

“In effect, through cultural diplomacy, a given country’s cultural capabilities and successes are leveraged as an advantage on the political and international arenas,” it added.

“Here, books form a subdivision that entail a certain description and have and will continue to have great impact,” the agency noted.

Tehran-based English language daily Kayhan International also wrote, “Iran, which is one of the ancient centers of civilization going back several thousand years, has a rich heritage of printed books and manuscripts, many of which are rare and nowhere to be found elsewhere in the world, especially the Arabic and Persian collection that is eagerly sought by researchers from other countries.”

“This annual fixture affords an opportunity for the acquaintance of the young generation with the latest publications in Iran and abroad, as well as familiarity with the heritage of the past,” it added.