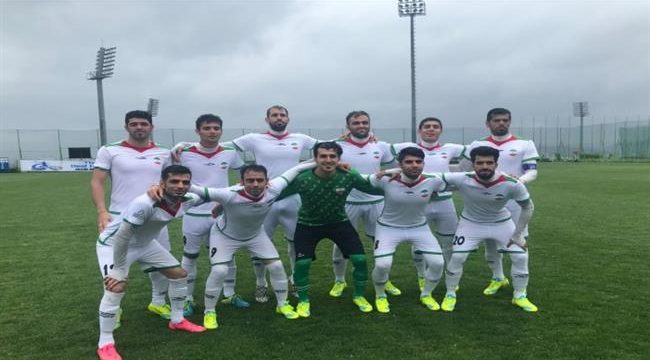 Press TV – The Iran men’s national deaf football team has thrashed Thailand at the fourth edition of Asia Pacific Deaf Football Championships in South Korea, and claimed the third place overall at the conclusion of the international tournament.

The Iranian outfit was resolute not to let the opposite team fulfill its dream in the bronze medal game at the Changwon Center Stadium in South Korea’s southeastern city of Changwon on Sunday, and routed it 8-0.

Shahin Fasihi opened the scoring for the Iranian squad in the fifth minute, before Hossein Mesbahi extended the Iranians’ lead eight minutes later.

Ali Akbar Ahmadvand stole the show and scored a hat-trick in the 23rd, 56th and 61st minutes.

Iman Mohebbi, Alireza Basih and Mohsen Farzi were also on target in the 54th, 77th and 81st minutes respectively.

The fourth edition of Asia Pacific Deaf Football Championships kicked off on April 23, and wrapped up on May 7, 2018.