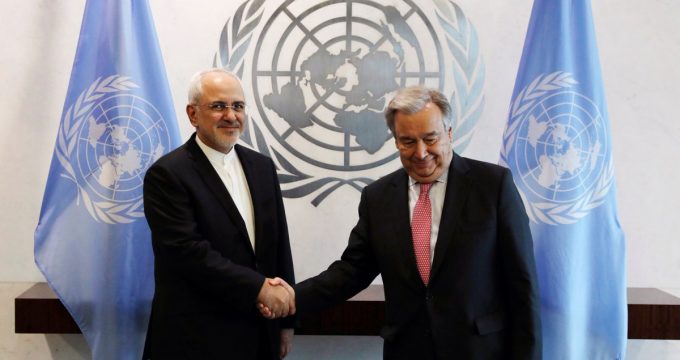 According the Iran’s Foreign Ministry’s website, in the Tuesday meeting, the UN chief expressed his support for efforts to preserve the JCPOA while stressing the need for all signatories to the deal to make good on their obligations under the agreement.

Also on the agenda of the talks were the developments in the Middle East, especially the situation of Syria and Yemen, and the UN’s role in helping restore peace and stability to the region through political dialogue.

Foreign Minister Zarif arrived in New York on Thursday for a six-day visit to attend the UN Meeting on Peace-building and Sustaining Peace on April 24-25.