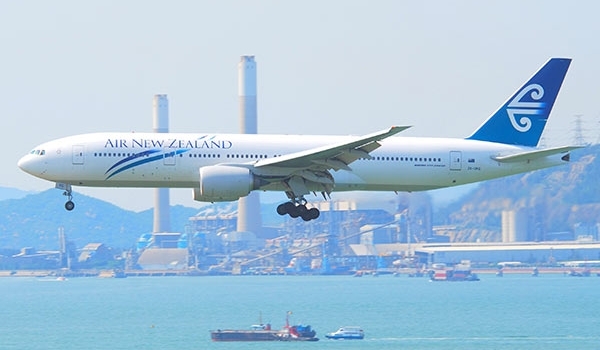 Press TV – UAE’s Emirates Airline says it is expanding operations in Iran which the company described “a very important market”.

The airline currently operates flights to the Iranian capital of Tehran and the holy city of Mashhad which is an extremely popular destination for Shia pilgrims.

“We are looking at opportunities there. Iran is not a small country; it’s huge, much like India,” Shaikh Majid Al Mualla, divisional senior vice-president of commercial operations at Emirates, was quoted as saying on Monday.

Dubai-based English language newspaper Gulf News quoted the carrier as saying that Emirates was heartened by strong demand for international flights in both Tehran and Mashhad. It said there are more than 70% seat bookings year-round, with the rate rising to 90% at peak seasons in the two cities.

Al Mualla said the company had yet to discuss the expansion plan with Iranian authorities. “We haven’t started dialogue (with Iran), but I’m sure when the time comes, it will happen,” he said.

Relations between Iran and Persian Gulf Arab states, including the UAE, have been strained over regional developments, especially the wars in Yemen and Syria.

The UAE is a main trading partner with Iran but it downgraded ties with Tehran in 2016 after Saudi Arabia severed relations with the Islamic Republic because of Iranian protests to the execution of a prominent Shia cleric.

In December, Etihad Airways, another Emirati airline, announced that it would scrap flights to Iran as part of a strategy review. The Abu Dhabi airline, one of the three Persian Gulf super connectors, said it would stop flying to Tehran on Jan. 24.

Low-cost flydubai, however, still maintains flights to Iranian cities, including Tehran and Mashhad.

Iran’s 2016 nuclear deal and the subsequent removal of sanctions has triggered a flurry of interest in the country where an international survey of the travel industry has described it as the next tourism hotspot thanks to “its unique culture and heritage”.

Iran’s own expansion plans are sufficiently ambitious. The country has ordered more than 200 new planes from Airbus, Boeing and ATR planemakers since US-led sanctions were lifted in 2016.

The country plans to attract 20 million foreign tourists in order to generate up to $30 billion of revenues a year by 2025, according to officials.