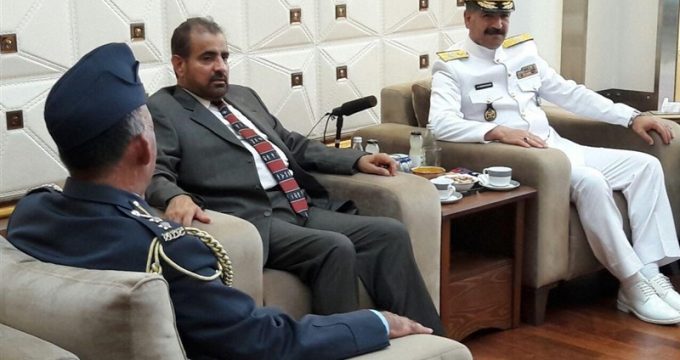 The IONS 2018, attended by high-ranking delegations from 35 countries, began on Monday morning with an opening speech by Chief of Staff of the Iranian Armed Forces Major General Mohammad Hossein Baqeri.

Iran officially assumed presidency of the symposium for two years with the launch of the event.

The Iranian commander also expressed the hope that the IRGC naval forces would take part in a joint naval drill that Iran and Pakistan are going to launch this year.

Another meeting between Commander of the Royal Navy of Oman Rear Admiral Abdullah Bin Khasim Bin Abdullah Al Raisi and Deputy Chief of Staff of the Iranian Armed Forces for Internal Affairs Brigadier General Qadir Nezami revolved around regional cooperation, collective action for settlement of conflicts, and military interaction to ensure stability and security in the region.

Indian Ocean Naval Symposium (IONS), Iran Navy April 24, 2018
Palestinians file complaint to UN over Israel’s breach of anti-racism treaty
Macron will have to ‘pull a rabbit out of the hat’ to save Iran deal