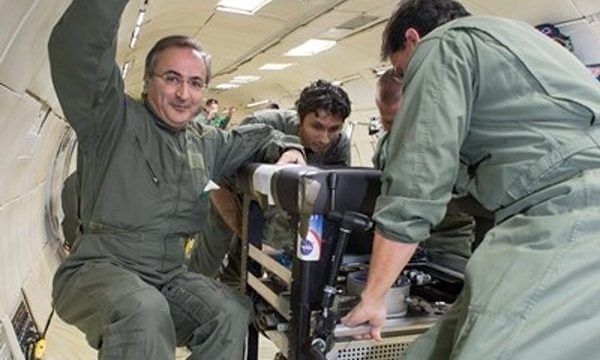 MNA – Cooling the surrounding environment of astronauts has been turned into a major concern due to NASA’s serious planning to send astronauts to the Mars.

For this purpose, a group of Mechanical engineers in Worcester Polytechnic Institute in Massachusetts state, headed by Jamal Yaghoubi as a top and prominent Iranian researcher, managed to design a new electric cooling system that lacks any moving part.

This electro-hydrodynamic system, which has successfully been tested at the International Space Station (ISS), uses some liquids with an electric charge to cool the environment. The mentioned fluids pass through the narrow pipes to keep the heat away from the surrounding area of astronauts without creating noise or shaking.

Heat is one of the greatest threats to space travel which constantly causes problem for astronauts. Although the space outside the Earth is very cold, but when a spacecraft is exposed to the sunlight, it suddenly becomes very hot and its temperature reaches to a boiling point unless the spacecraft’s surface has a reflective property.

Moreover, it should be kept in mind that electrical, electronic and mechanical systems and even body of astronauts generate heat and activity of all of these devices in vacuum condition causes no air to transmit or convert heat, so that accumulation of this heat can be problematic.

According to Yaghoubi, this system was successfully tested in International Space Station (ISS) in 2017, so that a more complex and advanced sample of it will be constructed by 2021, costing $10 million.