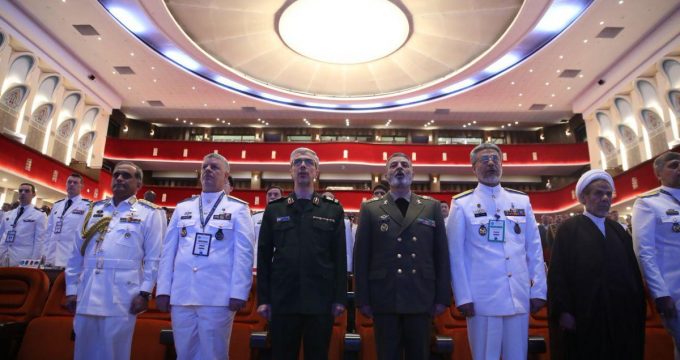 MNA – The 6th Indian Ocean Naval Symposium (IONS) has kicked off in Tehran with participation of 35 high-ranking military delegations from across the world.

The two-day event is gathering 35 high-ranking military delegations from across the world, including India, Turkey, and Australia.

According to Khanzadi, Iran will take over the presidency of the Indian Ocean Naval Symposium (IONS) for a two-year term.

As the largest military symposium in Iran’s history, IONS is composed of 23 permanent members including Iran, and several other countries with observer status such as France, South Africa and Singapore.

The previous rounds of the biennial event were held in India, the UAE, South Africa, Australia and Bangladesh.

The IONS as voluntary initiative aims to increase maritime cooperation among navies of the littoral states of the Indian Ocean Region.