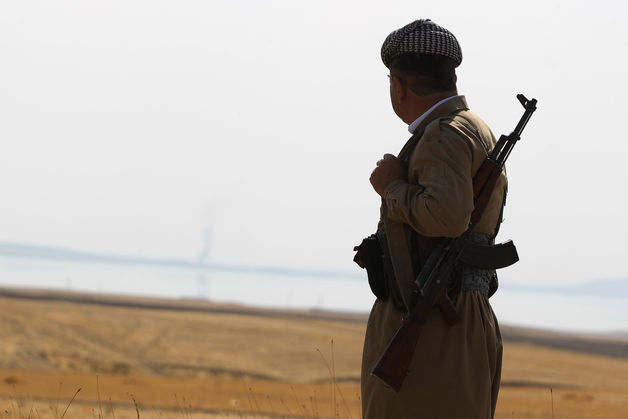 US supplies weapons to Kurdish militants free of charge: Erdogan

Press TV – Turkish President Recep Tayyip Erdogan says the US and its allies have been providing free weapons to Kurdish militants operating in northern Syria in a move that poses a threat to Turkey’s security.

In an interview with the Turkish NTV news channel on Saturday, Erdogan accused the US and its allies of refusing to sell weapons to Ankara while arming the outlawed Kurdish forces.

“We cannot buy weapons from the US with our money, but unfortunately, the US and coalition forces give these weapons, this ammunition, to terrorist organizations for free,” he said. “So where does the threat come from? It comes primarily from strategic partners.”

The Turkish president also noted that Washington continues to dispatch arms convoys to Syria. “The US sent 5,000 trucks loaded with weapons to northern Syria,” he said.

The US views the Kurdish People’s Protection Units (YPG) as an ally in Syria. The militant group forms the backbone of the so-called Syrian Democratic Forces (SDF) which is being trained, equipped and protected by the Americans.

Last December, US President Donald Trump approved providing weapons worth $393 million to what Washington calls partners in Syria, including the YPG.

The following month, the US announced plans to create a 30,000-strong force comprised of Kurdish militants, which would be deployed along the Turkish border.

The US measures infuriated Ankara, which views the YPG as the Syrian branch of the outlawed Kurdish Workers Party (PKK).

Erdogan accused Washington of planning to form a “terror army” in Syria. On January 20, Turkey launched an operation against the YPG in the Syrian city of Afrin.

Afrin fell to Turkish forces in March, with Erdogan warning that the military campaign may be extended along the whole Syrian border.

The Afrin operation, codenamed Operation Olive Branch, has strained relations between the US and Turkey. Ankara has threatened to advance on the SDF-held town of Manbij, where US troops are stationed.

About 2,000 US troops are deployed in northeast Syria in territories under the control of Kurdish militants.

Turkey has been sounding the alarm about Washington’s alliance with Kurdish fighters in Syria. The country, which has the second-biggest army in NATO, has been coordinating with Russia and Iran to ensure a political transition, leaving Washington out of the negotiations.

Marcus Montgomery, a fellow at the Arab Center Washington DC, has said Trump and his aides do not seem to understand the gravity of Turkey’s concerns.

Washington’s former ambassador to Syria Robert Ford echoed Montgomery’s comments, saying that the administration had done “nothing” to ease the worries of the Turks.