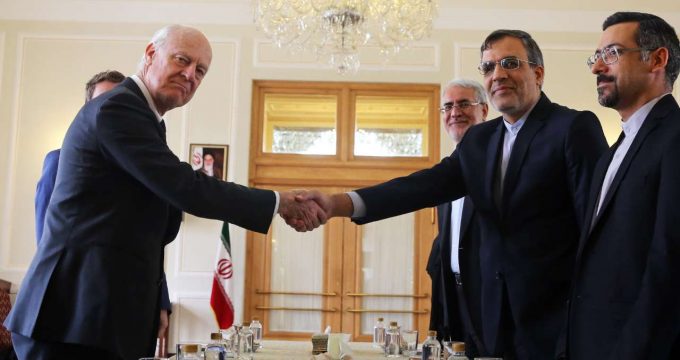 During the meeting, both sides reviewed the latest developments in Syria and ways to implement Astana agreement and Syrian National Congress meeting final document.

They also exchanged views on Iran-UN cooperation to end Syrian crisis and to restore peace and stability to Syria.

He is also going to take part in a conference in Brussels at the presence of EU ministers and US representatives on April 24- 25 and to report to the UN Security Council.

This is while the three guarantors of the ceasefire in the de-escalation zones of Syria, i.e. Iran, Russia and Turkey, started Syria peace talks in 2017 in Astana, Kyrgyzstan capital, which has had a lot of positive impacts on restoring ceasefire to many parts of Syria.