A look at Iranian newspaper front pages on April 19

Iran Front Page – IFP has taken a look at the front pages of Iranian newspapers on Thursday, April 19, and picked headlines from 18 of them. IFP has simply translated the headlines and does not vouch for their accuracy.

The top story in all newspapers today was the remarks made by the Leader of Iran’s Islamic Revolution Ayatollah Seyyed Ali Khamenei in a meeting with a group of Intelligence Ministry officials.

The Leader’s praise of Afghan fighters killed in the fight against terrorists in Iraq and Syria also received coverage. The Leader had made the comments in a recent meeting with families of Afghan martyrs in the north-eastern Iranian city of Mashhad.

Several papers also highlighted Iranian President Hassan Rouhani’s comments about the country’s resolve to boost its defence power while trying to de-escalate tension in the region.

Also a top story was the migration of Iranian officials, including Ayatollah Khamenei, from Telegram to domestic messaging apps, which may signal the imminent blocking of Telegram. 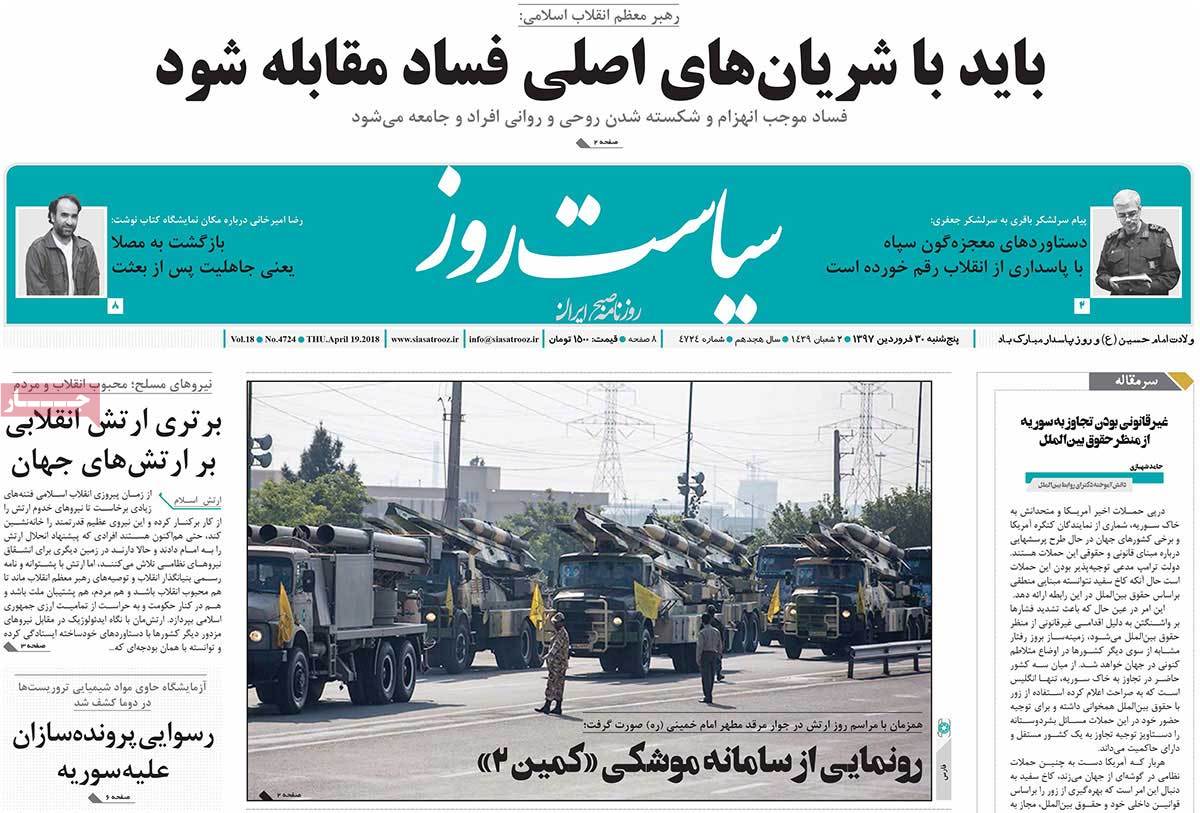