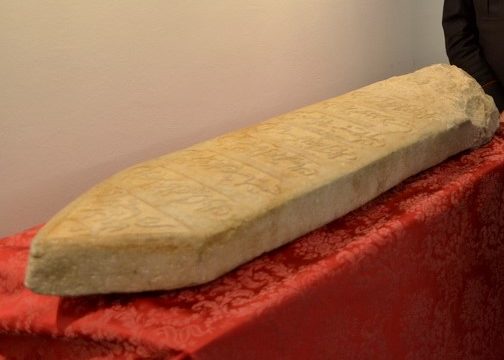 IRNA – Italian police returned a 17th century gravestone which has been smuggled out of Iran to the Iranian Embassy in Rome.

Mazaffari said after taking delivery of the relic that his country has a good cooperation with Italy in all fields.

“We also have good relations with the country’s police, especially in the field of discovering historic items and safeguarding cultural heritage,” he said.

Italian police has had constructive cooperation with Iran in the past and submitting the stone inscription signifies the enhanced cooperation between the two countries, he said.

Paroli also told the ambassador during the ceremony that today a major cultural symbol was handed over to a friendly country like Iran, a move which signifies cultural relations between the two countries.

In 2015, Italian police also returned 30 cultural relics dating to the post- and pre-Islamic eras which had been smuggled out of Iran to the Iranian Embassy in Rome.