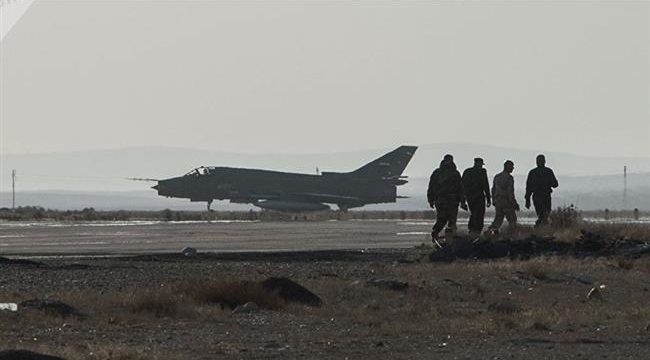 Press TV – Russia and Syria say Israeli warplanes struck an air base in the Syrian province of Homs and that Syrian air defense systems shot down five of eight missiles fired.

The Interfax news agency cited the Russian Defence Ministry as saying Monday that two Israeli F-15 warplanes carried out strikes from Lebanese air space on the T-4 air base on Sunday.

“Two F-15 planes of the Israeli army hit the airbase between 03:25 am and 03:53 am Moscow time (0025 GMT and 0053 GMT) with the help of eight missiles controlled remotely from Lebanese territory, without entering Syrian air space,” Russia’s Defense Ministry said.

The Russian military noted that Syrian air defense systems had shot down five of the eight missiles fired.

Earlier, Syria’s official SANA news agency reported that the US was suspected of launching a missile attack on the T-4 military airport in Homs that killed and wounded several people after US President Donald Trump promised a “big price” to be paid for what he said was a chemical weapons attack in the Arab country.

The Syrian state media later reported that the deadly attack was carried out by Israeli warplanes.

“The Israeli attack on the T-4 airport was carried out with F-15 aircraft that fired several missiles from above Lebanese territory,” a Syrian military source was quoted by SANA.

The US and France had vowed a “strong, joint response” to the allegation of the chemical attack, which came in the wake of the Syrian Army’s push to drive out last remnants of terrorists from Douma.

The alleged chemical attack on Saturday in the militant-held town of Douma in the Eastern Ghouta region left dozens dead and drew international condemnation from various countries and international bodies.

Damascus, in a statement released late on Saturday, strongly rejected the allegation of using chemical munitions and said that the so-called Jaish al-Islam Takfiri terrorist group, which has dominant presence in Douma, was repeating the accusations “in order to accuse the Syrian Arab army, in a blatant attempt to hinder the Army’s advance.”

Moscow also rejected the accusations against the Syrian government as bogus reports and warned of consequences of an attack on Damascus.

Over the past few years, the Israeli military has launched sporadic attacks against various targets on Syrian soil, in assaults slammed by Syria as attempts to boost terrorist groups who have been suffering heavy defeats on the battlefield with Syrian government forces.

The latest such attacks took place on February 20, when Israeli warplanes bombed a Syrian army facility in central Syria. The Syrian military shot down at least one Israeli F-16 returning from the bombing raid.