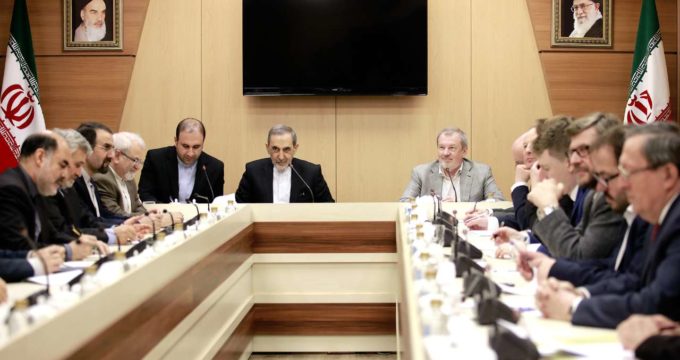 IRNA – A Senior Iranian official on Sunday underlined the country’s commitment to broaden cooperation with Russia.

‘Iran and Russia have developed their relations in various fields and the two countries’ high-ranking officials are seriously committed to continue this process,’ Member of the Expediency Council (EC) Ali Akbar Velayati said on Sunday.

Velayati made the remarks in a meeting with the Russian visiting delegation dubbed as ‘The Valdai Discussion Club’.

Andrey Bystritskiy, head of the Russian delegation welcomed elevation of Russia ties with Iran, and said that increase of trust building and understanding between the two countries is necessary.

The Valdai Discussion Club is a Moscow-based think tank, established in 2004. It is named after Lake Valdai, which is located close to Veliky Novgorod, where the Club’s first meeting took place.