A Look at Iranian Newspaper Front Pages on April 9

Iran Front Page- IFP has taken a look at the front pages of Iranian newspapers on Monday, April 9, and picked headlines from 20 of them. IFP has simply translated the headlines and does not vouch for their accuracy.

Several papers today covered the remarks made by the Leader of Iran’s Islamic Revolution Ayatollah Seyyed Ali Khamenei about the country’s rising power and the enemies’ fear of such might.

The top story, however, was the growing dollar rates in Iran’s forex market and the unprecedented decrease in the value of the Iranian rial, which has turned the issue into a national crisis.

The National Nuclear Technology Day and the country’s achievements in this field were among other top stories today.

A number of papers also highlighted Iranian Foreign Minister Mohammad Javad Zarif’s tour of Africa and South America, which started with his visit to Senegal. The tour will later take him to Brazil, Uruguay, and Namibia. 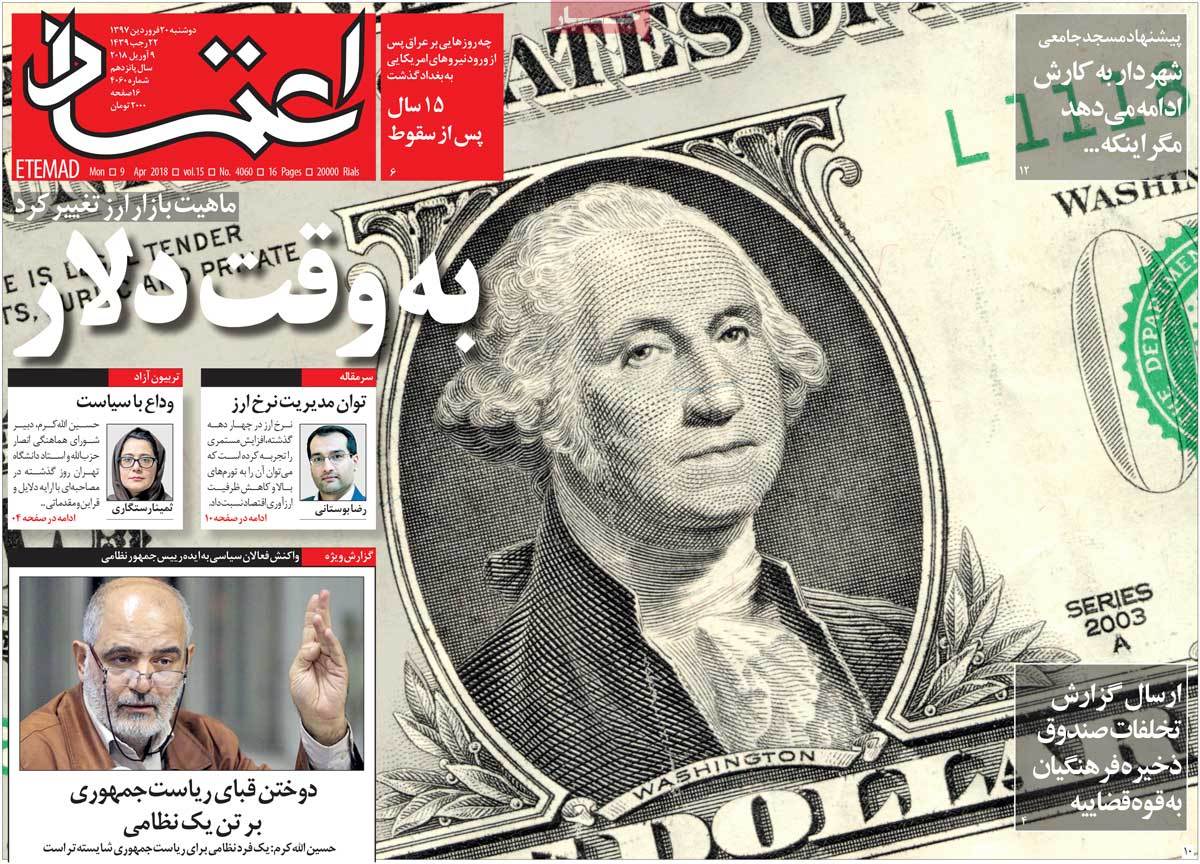 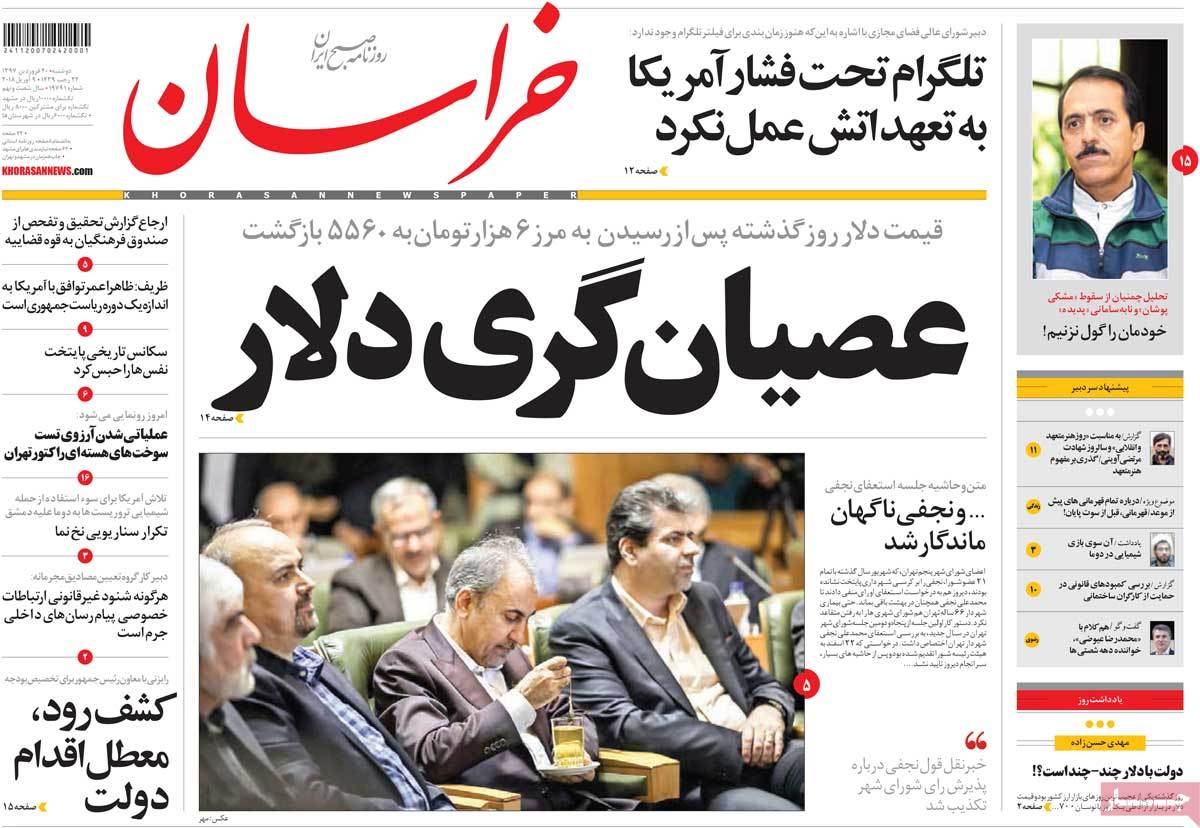