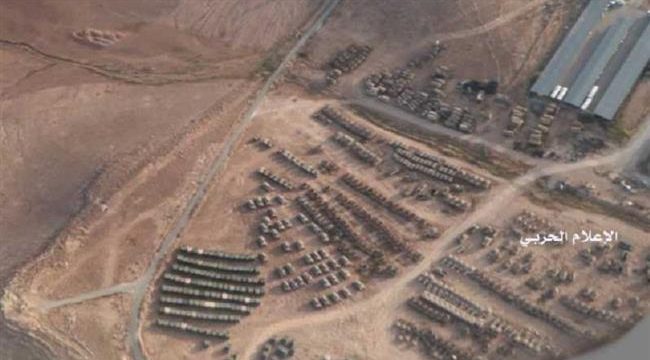 Press TV – Syrian government forces have discovered a considerable amount of Israeli-made munitions, including chemical warfare, left behind by Daesh Takfiri terrorists in the country’s eastern province of Dayr al-Zawr near the border with Iraq.

An unnamed Syrian military source said many rocket-propelled grenades were found inside the Daesh arms cache in Salihiyah, while the depot in Dweir contained rocket launchers as well as mortar shells of different kinds.

About 60,000 rounds of bullets and several barrels of chemicals used in the manufacture of explosives were also found in Sabikhan.

This is not the first time that Syrian government forces have made such findings from terrorists’ hideouts across the war-ravaged Arab country.

Syria’s state-run television network reported on March 28 that army forces had discovered a considerable amount of Israeli-made landmines and grenades left behind by Takfiri terrorist groups inside a secret underground tunnel in the town of Harasta, located 10 kilometers (6.2 miles) from the center of Damascus, as they were combing the areas of hidden ordnance and unexploded devices.

SANA published video footage on February 27, showing a cache of Israeli-built rockets, mortars, tank shells and other ammunition that Daesh terrorists had left behind in the eastern border city of Abu Kamal as well as Mayadin town.

Hasoon, in a post published on his Facebook page, said the extremists were shelling the Druze village of Khadr under the generous support and protection of Israeli Minister of Military Affairs Avigdor Lieberman.

He wrote that Israel had offered advanced technological equipment to Jabhat Fateh al-Sham militants in order to give them the upper hand in clashes with Syrian government forces.