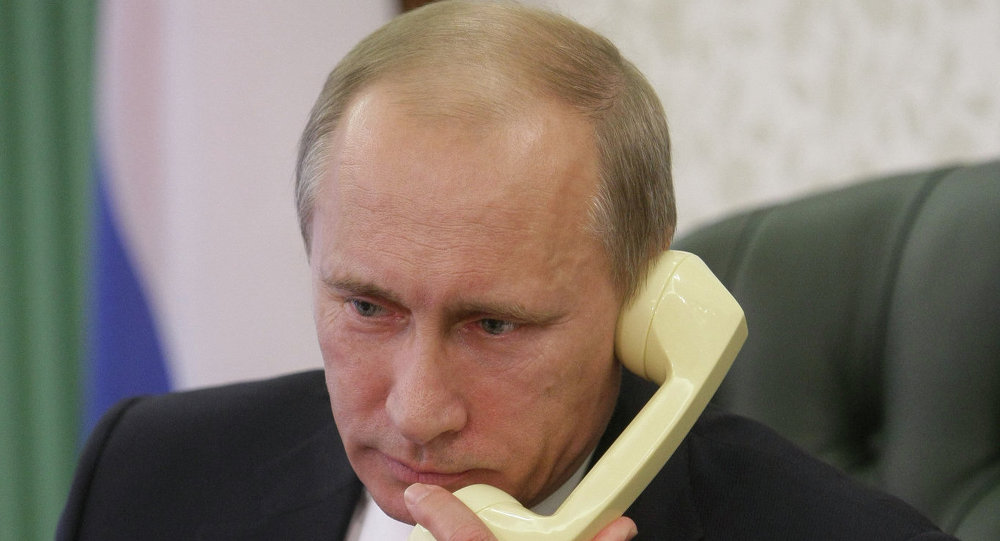 TASS – Preparations for an upcoming summit meeting of the Russian, Turkish and Iranian leaders in Ankara were in focus of a telephone conversation between Russian and Turkish Presidents, Vladimir Putin and Recep Tayyip Erdogan, the Kremlin press service said on Tuesday.

“The two presidents discussed preparations for a regular meeting of the top-level Cooperation Council between Russia and Turkey and the second summit of the Astana process guarantor nations – Russia, Turkey and Iran – due to be held in early April in Ankara,” the Kremlin said.

The Turkish leader also extended his sincere condolences of the Kemerovo tragedy and offered the words of sympathy to the families of those killed in the disastrous shopping mall fire.

Apart from that, Putin and Erdogan stressed the importance of further development of bilateral relations, the Kremlin added.

Turkish Foreign Minister Mevlut Cavusoglu said earlier that a meeting of the Turkey-Russia top-level Cooperation Council would take place in Ankara on April 3. He said that the two president were expected to take part in the ceremony of foundation laying for the Akkuyu nuclear power plant.

On November 22, 2017, Presidents of Russia, Iran and Turkey, Vladimir Putin, Hassan Rouhani and Recep Tayyip Erdogan, had a meeting in Russia’s Sochi to announce considerable progress in joint anti-terrorist campaign in Syria and the beginning of a new stage in the settlement of the crisis in this country. Another step in this process was made at the Syrian National Dialogue Congress in Sochi on January 30, 2018, which brought together more than 1,500 delegates representing all strata of Syrian society. The congress yielded a decision to set up a constitutional commission.