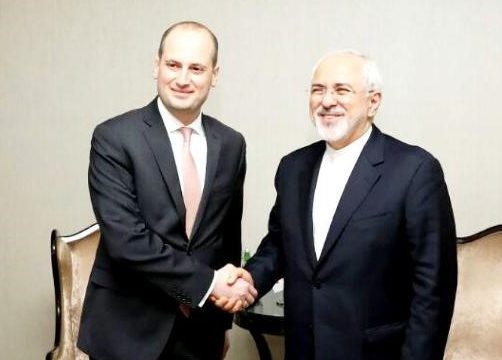 Zarif and Janelidze met in the margin of the Quadripartite meeting between the foreign ministers of Iran, Georgia, Turkey and Azerbaijan in the Azeri capital of Baku on Thursday.

International and Regional cooperation were also among topics discussed by the two foreign ministers.

The quadrilateral meeting was held with the attendance of Zarif, and Mikheil Janelidze, Mevlut Cavusoglu and Elmar Mammadyarov, his respective Georgian, Turkish and Azeri counterparts.

The Baku quadrilateral meeting focused on promotion of cooperation between the four countries to strengthen regional peace and security and develop economic, energy, transportation, cultural and tourism ties.