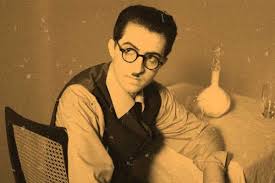 The title character is a respected and honorable man who has lost his family’s wealth by helping his friends. He has an enemy, however, named Kaka Rostam, a mean and spiteful person. Dash Akol, who is in his forties, falls in love with Marjan, the daughter of the late Haji Samad whose estate is managed by him.

But he keeps his love secret to himself. One day, a suitor seeks Marjan’s hand and Dash Akol considers it against his code of honor to refuse. On the night of the wedding, Dash Akol hands over the responsibility for the family to the bridegroom. As he is leaving the house, however, Kaka Rostam is waiting for him and a fight ensues.

Kaka Rostam stabs him in the back, but Dash Akol succeeds in killing him. On his deathbed, Dash Akol sends his parrot to Marjan with the confession of love he has taught it.

The narration of the performance, directed by Mehdi Farhadipour, however differs from that of Hedayat since it tells the story from the parrot’s point of view, Honaronline wrote. Sanaz Roshani and Donya Mosta’lami play in this 50-minute performance that is scheduled to run at the venue through March 12. City Theater is located at the intersection of Vali-e-Asr and Enqelab streets.