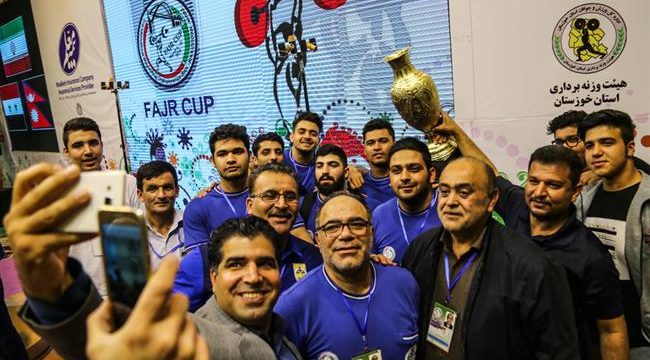 Press TV- Iran’s Khuzestan weightlifting team has been crowned champion of the third edition of the International Fajr Cup, thanks to the impressive displays of athletic skills and physical might that its members showed during the sports event.

On Saturday and the final day of the competitions at Imam Reza (PBUH) Sports Hall in the southwestern Iranian city of Ahvaz, located approximately 830 kilometers southwest of the capital, Tehran, Khuzestan squad took the top ranking with 628 points.

The Nepalese weightlifting outfit earned 203 points, and landed in the third slot.

Iranian weightlifter Seyyed Ayoub Mousavi collected 433 points and was named the best athlete in the contests.

Rahman Ourameh, also from the Islamic Republic of Iran, garnered 417 points and sat on the second spot.

The third edition of the International Fajr Cup began in Ahvaz, southwestern Iran, on March 6, and will finish on March 11, 2018.