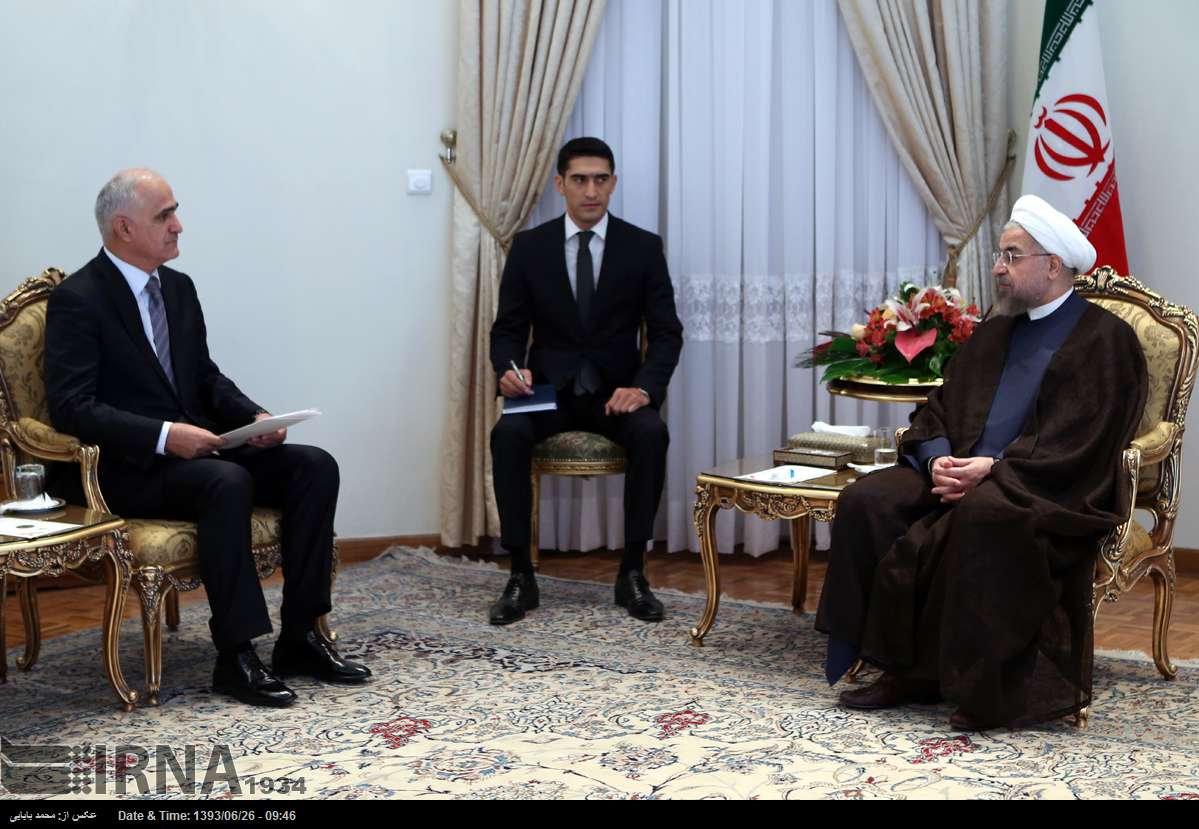 Financial Tribune- A delegation headed by Azerbaijan’s Minister of Economy Shahin Mustafayev will pay a visit to Iran from March 12 to 14, the Ministry of Economy told APA-Economics.

During the visit, Mustafayev will take part in the 12th meeting of Iran-Azerbaijan Intergovernmental Commission for Economic, Trade and Humanitarian Cooperation.

Mustafayev is the co-chair of the joint commission. He is also scheduled to hold meetings with Iranian officials, during which prospects for expansion of cooperation between the two countries will be discussed.

The 11th meeting of the joint commission was held in Baku in December 2016.

According to Mustafayev, trade between Azerbaijan and Iran increased by 30% in 2017.

“Over the past four years, 10 meetings between the heads of state and more than 100 mutual visits of officials took place, the legal framework between the states strengthened and more than 40 documents on cooperation were signed,” he was quoted as saying by Trend News Agency on the occasion of the 39th anniversary of the victory of Islamic Revolution in Iran on Feb. 11.

According to director general of the Islamic Republic of Iran Railways’ International Affairs Office, Abbas Nazari, the railroad to connect Iran’s northwestern city of Astara to a namesake Azerbaijani city will come on stream in the first month of the next Iranian year (starting March 21).

Azerbaijan has already completed the segment from the Azeri city of Astara to the border. Iran has yet to complete the remaining section on its soil.

Nazari said IRIR is in talks with Azerbaijan and Russia’s rail officials to run passenger and cargo trains from Astara (Iran) to Moscow on this route.

The Astara-Astara Railroad runs 8 kilometers in Azerbaijan up to the border from where it extends 2 km to Iran’s port city of Astara.

The project also includes a bridge on Astarachay River that stretches along the border.

A cargo train from Russia loaded with 330 tons of Russian wood worth around $132,000 arrived in Iran’s Astra on March 2 after travelling 4,300 kilometers.

This was the second such train to travel the route. The first arrived in Iran’s Astara from Russia’s St. Petersburg on Feb. 8, marking the inauguration of a cross-border strand of INSTC.

INSTC will connect Iran with Russia’s Baltic ports and give Russia rail connectivity to both the Persian Gulf and Indian rail network. This means goods could be carried from Mumbai in India to the Iranian port of Bandar Abbas and further to Baku. They could then pass across the Russian border into Astrakhan before proceeding to Moscow and St. Petersburg, before entering Europe.

The corridor would substantially cut the travel time for everything from Asian consumer goods to Central Eurasia’s natural resources to advanced European exports. When completed, INSTC is expected to increase the volume of commodities currently traded between Iran and Azerbaijan from 600,000 tons to 5 million tons per year, dramatically increasing bilateral trade from the current $500 million per year.

The corridor’s missing links in Iran include a railroad connecting the cities of Qazvin and Rasht as well as another connecting Rasht to Astara.

Iran’s Minister of Roads and Urban Development Abbas Akhoundi said in January that the 164-kilometer-long Qazvin-Rasht rail connection will be completed in the next three months.

Deputy Minister of Roads and Urban Development Kheirollah Khademi said last month that more than $300 million have been invested on this route and some $150 million more are needed for it to become operational, adding that construction work on the railroad has made 80% progress.

“The Rasht-Astra project will be jointly carried out by Iran and Azerbaijan, each providing 50% of the required finances ($500 million each),” Deputy Minister of Roads and Urban Development Asghar Fakhrieh-Kashan said.

The deputy minister added that when Rasht-Astra Railroad becomes operational, a main section of the INSTC will be completed and cargo can be transited from India and China to Central Asia, Azerbaijan, Russia and Europe through Iran.