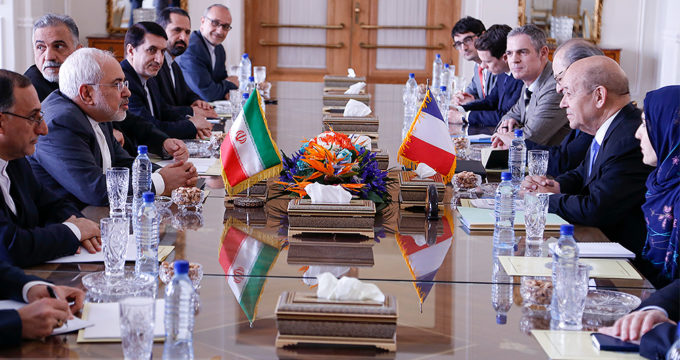 Amid the visit, hard-line daily Kayhan slammed the Rouhani administration for its “passivity” and for hosting the French foreign minister at this time. “We should consider politicians such as Le Drian and Macron as envoys of America instead of France. … Therefore, we should ask what new developments in the US-Iran relationship except hostility and not honoring commitments have occurred that the [Iranian] government [has decided to] roll out a red carpet for the envoy of the White House,” wrote Kayhan on March 6.