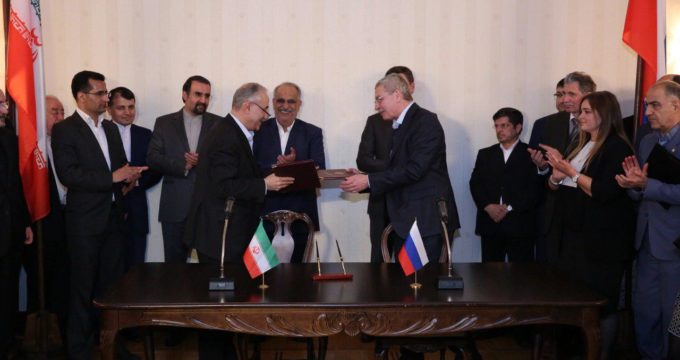 The document contains a memorandum of understanding (MOU) on cooperation between the Russian energy ministry and Iranian petroleum ministry regarding Iran-India-Pakistan gas pipeline, one on joint geological cooperation, one on financing and investing in Iranian mine and industry sector and one on conduction of joint research and development of the Caspian Sea resources.

Signing of others memoranda of understanding on art and cultural cooperation, transportation and transit of goods between Iran, Russia and Kazakhstan and swap of wheat are among other achievements of the 14th Joint Economic Cooperation Commission.

The Iranian minister, heading a 75-member delegation, arrived in Moscow Sunday morning to take part in the joint commission meeting. The Iranian delegation included government officials such as deputy ministers of industry, mien and trade, agricultural jihad, petroleum, health, energy, interior and road and urban development as well as economic activists from the private sector.