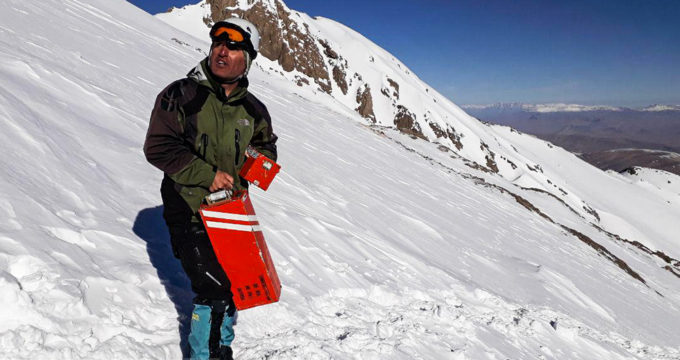 FNA – A senior Iranian economic official announced on Monday that the country will likely transfer the black box of the ATR-72 plane which crashed in the mountainous areas in the Central parts of the country last month to France for further investigation.

“The black box of the ATR plane was found and is under preliminary studies by experts,” Managing-Director of Atiyeh Saba holding company Vali Azarnoush, whose firm is the owner of Aseman airline, told FNA on Monday.

“Also, the country which has manufactured the plane and the one that has designed the aircraft are present in investigations on the ATR black box, while the black box may also be sent to France as well,” he added.

Iranian rescue workers and mountain climbers could find the black box of the ATR-72 plane belonging to Aseman airline on Saturday.

“The rescue workers could find the black box of Tehran-Yasouj ATR-72 plane at the heights of Dena (mountain),” Deputy Head of Kohgilouyeh and Boyer Ahmad province’s Crisis Headquarters Aziz Fili said on Saturday.

He explained that the rescue workers and mountain climbers were trained by a team of French specialists who had visited Iran after the plane crash, adding that a number of dead bodies of those killed in the incident have also been found and will be taken down the mountain to be transferred to their families soon.

An ATR passenger plane belonging to Aseman Airline crashed close to Semirom, South of Isfahan Province on February 18 as it was flying from Tehran to Yassouj, Southwestern Iran.

All 66 passengers and crew members onboard the plane lost their lives in the tragic accident.

Some 20 rescue teams have been stationed near the wreckage of the crashed plane to transport the dead bodies.

It has been announced that 32 bodies have been spotted. The bodies will be transported to Yasouj, the capital city of Kohgilouyeh and Boyerahmad province for identification.