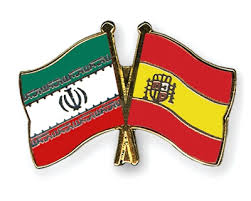 Financial Tribune- Top representatives of Bank Melli Iran, the country’s biggest bank, and Spain’s Aresbank met on Tuesday to prepare the ground for expanding ties in the near future.

“The requirements for allocating short- and long-term facilities have been determined and Aresbank is ready to discuss this,” Luis Casado, general manager of the Spanish lender, was quoted as saying by BMI’s official website.

He further said Aresbank has improved banking relations with Iranian banks and companies in recent years, stressing that banks can play a vital role in boosting export and import capacities between Iran and Spain, as they currently fall short of their true potentials.