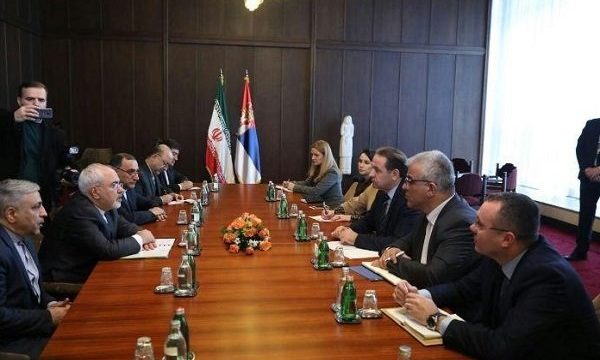 MNA – On his visit to Serbia, Iran’s foreign minister met and talked with Serbia’s Deputy Prime Minister and Minister of Trade, Tourism, Telecommunications Rasim Ljajić in Belgrade on Tuesday.

On Tuesday in Belgrade, Mohammad Javad Zarif, the Foreign Minister of the Islamic Republic of Iran, met with Deputy Prime Minister and Minister of Trade, Tourism and Telecommunications of Serbia Rasim Ljajić, during his visits to Serbia.

Energy sector, banking co-operation, consular cooperation, and tourism were among the issues discussed during the meeting.